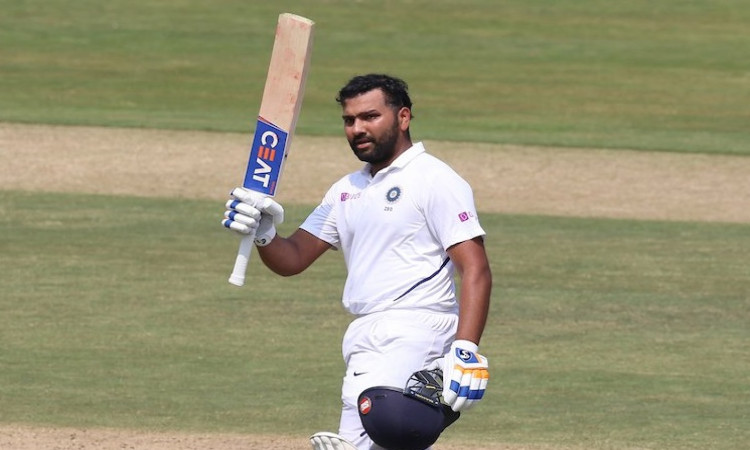 Visakhapatnam, Oct 7: Former Indian opener Virender Sehwag hailed Rohit Sharma for the start he made as an opening batsman in Test cricket. Rohit smashed 174 and 127 in India's first Test against South Africa in Visakhapatnam. The hosts ended up winning the match by a big margin of 203 runs.

India's decision to promote Rohit, who has had contrasting careers in Test and limited overs cricket, to the top of the order has often being compared to former captain Sourav Ganguly's decision to allow Sehwag to open the innings. The latter's aggressive approach led to him scoring two triple centuries in a career in which he was one of the most feared opening batsmen in the world.

Also Read: Important to stick to the basics and the process every day: Ravichandran Ashwin

"Fantastic test match for @ImRo45, a dream beginning to opening the batting in Test cricket. Wish him the very best. That was a convincing win for India with some great contributions from Mayank, Shami, Ashwin , Pujara . #IndvSA (sic.)" said Sehwag in a tweet.

Sachin Tendulkar also congratulated India for their victory. "Congratulations to #TeamIndia for going up 1-0 in the series. Well played! #INDvSA" he tweeted.