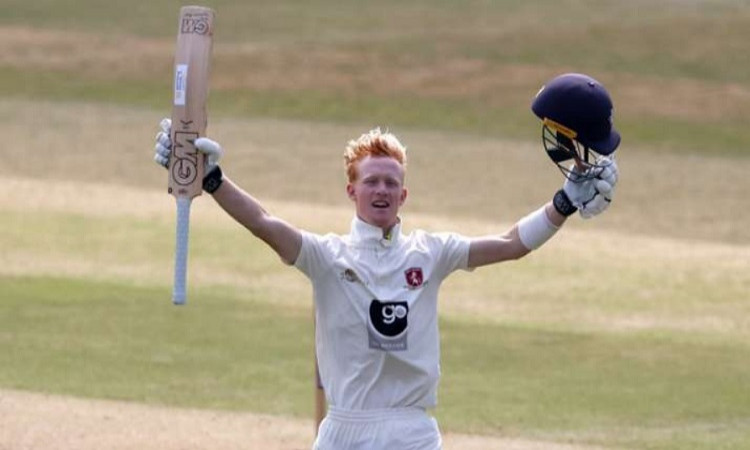 AUG 12, NEW DELHI: Kent batsman Jordan Cox has been excluded from the clubs next Bob Willis Trophy match against Middlesex starting on Saturday following a breach of the teams COVID-19 protocols.

Cox breached the established bio-secure and social distancing norms by agreeing to a request for a photograph to be taken with young fans after the team's recent win over Sussex.

"I am very sorry that this has happened," Cox was quoted as saying by the club's official website. "I fully understand the consequences, and I want to apologise to everyone.

"I'm gutted to be missing the next match and feel like I have let the team down," he added.

He will now commence a period of self-isolation and will have to test negative before he is able to re-join the squad.

Paul Downton, Kent's director of cricket, said: "It is unfortunate for Jordan that on the back of an outstanding performance, our team medical protocols were breached.

"We take these protocols very seriously and Jordan has no choice but to go into self-isolation," he added.

Against Sussex, the 19-year-old had broken multiple records on his way to an unbeaten 238 in his team's victory. Cox hit 47 fours and three sixes in his 570-ball stay. He went on to notch Kent's highest individual innings against Sussex, beating Neil Taylor's 203* set at Hove in 1991 and then became the county's highest maiden century-maker, beating the 57-year-old record of 211 made by David Nicholls against Derbyshire at Folkestone in 1963.