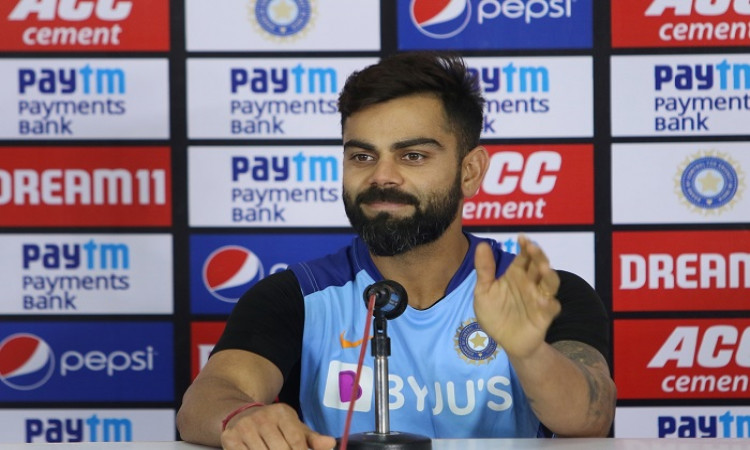 Guwahati, Jan 4: India captain Virat Kohli on Saturday insisted that he doesn't want to be irresponsible while talking on the sensitive Citizenship Amendment Act (CAA) which has radical opinions on both sides.

Widespread protests have been witnessed across the country over the CAA which provided a path to Indian citizenship for Hindus, Sikhs, Buddhists, Jains, Parsis, and Christian religious minorities that had fled persecution from Pakistan, Bangladesh and Afghanistan before December 2014.

With Guwahati witnessing massive protests against the CAA till some days back, Kohli, on the eve of the three-match T20I series opener against Sri Lanka, was asked about it and the Indian skipper used his words with utmost care.

"On the issue, I do not want to be irresponsible and speak on something that has, you know, radical opinions both sides," Kohli said.

"I need to have total information, total knowledge of what it means and what is going on and then be responsible to give my opinion on it," he added.

Kohli also said he will not like to get embroiled in a controversy by commenting on a subject that he doesn't have full knowledge. "Because you can say one thing and then someone can say another thing. So, I would not like to get involved in something that I don't have total knowledge of and it's not going to be responsible on my part to comment on it."

Guwahati had witnessed widespread protests before the CAB -- now an act -- was passed by both the houses of the Parliament. Curfew was imposed in many cities of Assam with internet also suspended.

However, as the state returns back to normalcy, Kohli also seemed satisfied with the security arrangements and said that the city is "absolutely safe".

"The city is absolutely safe. We didn't see any problems on the roads," Kohli said.

The Assam Cricket Association has already made it clear that no items, expect mobile phones and purse, would be allowed inside the Barsapara Cricket Stadium. In addition to that, no banners and posters will be allowed.