Don't try to be Dhoni, be the best Rishabh: Adam Gilchrist advises Pant 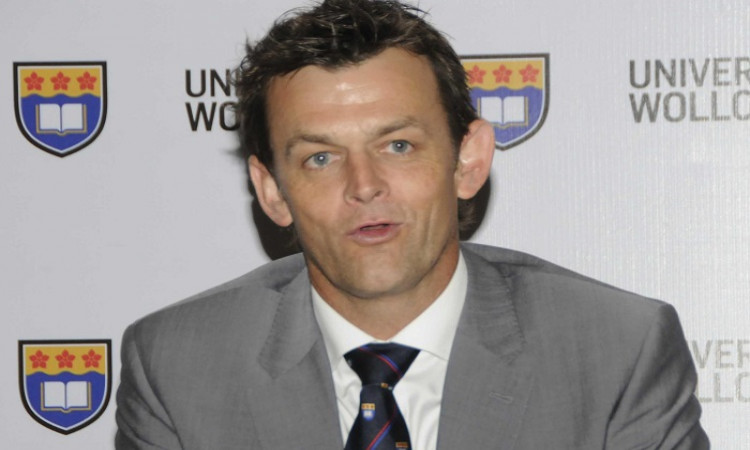 New Delhi, Nov 5 :  Former Australia cricketer Adam Gilchrist believes Rishabh Pant -- who has been in the firing line every since the 50-World Cup -- shouldn't try to be the next M.S. Dhoni and instead should work on improving his own game and being the best version of himself.

Ever since Pant replaced Dhoni in the limited-overs circuit, he has been criticised by many, be it for his batting, wicket-keeping skills or be his role when it comes to reviews. In the recent T20I in the national capital, the 21-year-old received a lot of flak after India lost their first-ever game to Bangladesh.

However, Gilchrist believes the Indian fans should avoid comparing Pant with Dhoni. "I'm not big on comparisons, like I have said before. I think Indians fans shouldn't be trying to compare him to Dhoni. Dhoni has set such a high benchmark. One day someone might match it but it is probably unlikely," Gilchrist said on the sidelines of a promotion event by Tourism Western Australia.

"Rishabh looks like a very talented young player. Just don't put too much pressure on him too early and expect that he's going to produce Dhoni-like performances every day," he added.

The 47-year-old further said: "My advice to Rishabh Pant will be: learn everything you can from Dhoni. Don't try to be Dhoni. Just try to be the best Rishabh Pant you can."

Speaking about the challenges which Test cricket is facing at the moment, the former Australian wicketkeeper acknowledged that the longest format has a "strong passive" following.

"Test cricket in this day and age will always have challenges because in a fast-paced world, five days of Test cricket doesn't seem a natural fit. It is surviving on the back of the innovations of T20 and earlier one-day cricket. There's a room for it," he said.

"Hopefully, the players' intent to play Test cricket remains the same for a long time."

Gilchrist further dwelled on the idea of Day-Night Test and World Test Championship and hoped that the efforts made by the ICC in reviving red-ball cricket would bear fruit.

"I think why the ICC has come out with Test championship to add meaning to each and every Test…It will be very interesting to see whether the fans and the players find it relevant over the cycle," Gilchrist said.

"I am not sure it will get more fans attending Test matches. I think the days of consistent crowds of Test cricket are probably gone. The big marquee series like India-Australia and the Ashes will still garner a decent crowd. There's still a very strong passive following of Test cricket. But, according to him, efforts should be made to keep Test cricket engaging both for the fans and players. So, we have to wait and see whether the Test Championship and Day-Night Tests are well and truly here to stay," he added.

India will be playing their first-ever Day-Night Test against Bangladesh in Kolkata from November 22-26 at the Eden Gardens and the former Australian wicketkeeper believes that the pink-ball affair will be successful in attracting a great response from the spectators.

He also hoped that Cricket Australia and Board of Control for Cricket in India (BCCI) agree upon organising a Day-Night Test when India travel Down Under soon after the T20 World Cup next year.

"There are going to be issues, particularly in India with the dew. It will take a bit of time to work out which venues will host the Day-Night Test," he added.