Don't talk to Ravi too much on bowling, says Axar Patel

Rajkot, Nov 3 (Cricketnmore) On the eve of the second T20 International against New Zealand here, left-arm spinner Axar Patel on Friday said he doesn't talk much to head coach Ravi Shastri on his bowling technique and revealed that the former India all-rounder only asks him to bowl stump to stump. 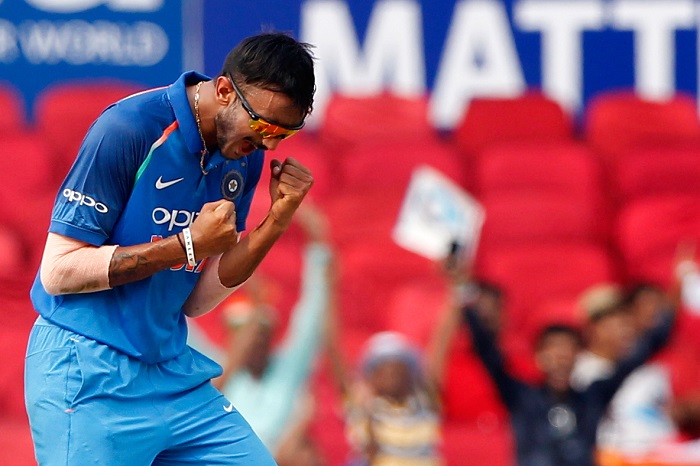 Axar felt his style of bowling is quite different from Shastri, who was a left-arm spinner himself during his playing days.

"I do not talk to him (Ravi) too much as he knows my bowling style is quite different, as compared to him. He does not suggest too many changes," the Gujarat spinner told reporters in the pre-match presser.

"He says, you know you have come into the Indian team after having performed well, so just continue doing the same.

"He also often talks about the need to know about how to bowl in different pressure situations. He does not give me major advice, but asks me to bowl stump to stump," he added.

Commenting on the role of spinners in the side, which also includes the wrist spin duo of Kuldeep Yadav and Yuzvendra Chahal, Axar said: "Wrist spinners can attack because they get more spin from the surface and it can be any surface. Their role is mostly to attack and take wickets in the middle overs."