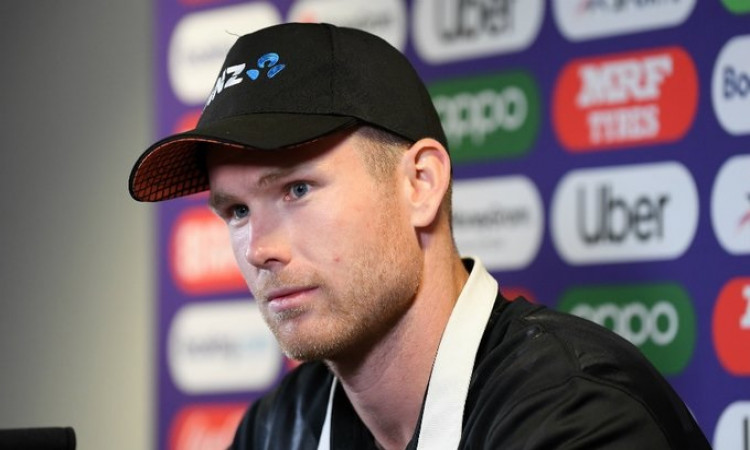 Christchurch, Jan 25:  Kiwi all-rounder Jimmy Neesham has a reverse sweep advice for everyone after he ended up injuring himself during the 2nd unofficial ODI between New Zealand A and India A.

Neesham got a hit on his helmet while trying to play a reverse sweep off Krunal Pandya. The 29-year-old was then attended by a physio and he posted a picture on his Twitter handle with the caption: "Got fixed up good today! Lesson: don't reverse sweep up into your own face."

After leaving the field, Neesham later returned as George Worker's got dismissed after playing a scintillating knock of 144-ball unbeaten 135. Neeshan remained unbeaten on 33 off 31 to help his side post 296/7 in the allotted 50 overs.

Neesham picked up couple of wickets as the hosts won the affair by 29 runs.

The three-match series between is currently leveled at 1-1.

Got fixed up good today! Lesson: don’t reverse sweep up into your own face pic.twitter.com/0zTVFw8NLD