Don't need to behave differently as I am captain: Virat Kohli 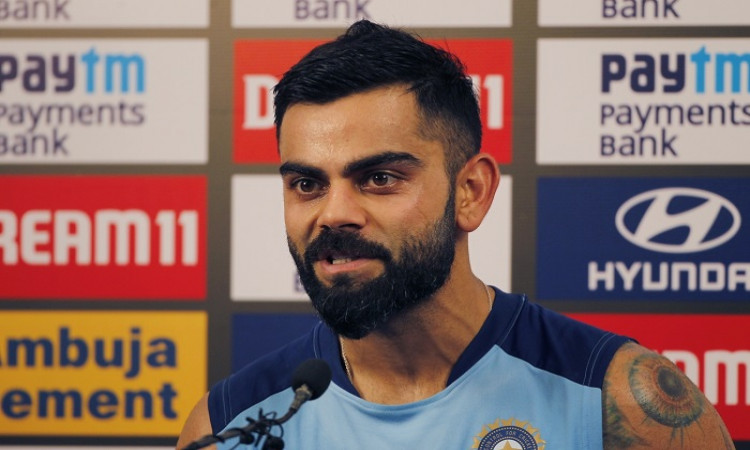 Mumbai, April 2:  A lot is said about Virat Kohli's on-field aggression crossing the line at times, but the Indian captain on Thursday asserted that he does not feel the need to behave differently as he is the captain and he can never play without having that fire in his belly.

During India's recent tour to New Zealand, Kohli had a fiery exchange with a journalist who asked him to tone down his aggression following his team's crushing defeat in the second and final Test against New Zealand at the Hagley Oval. India lost the Test series 0-2.

Also Read: Test cricket has made me a better person: Virat Kohli

On the second day of the Test match, Kohli was seen giving angry send-offs to Kiwi batters and animatedly celebrating the fall of wickets during the first two sessions. On one particular instance, Kohli was even seen using an expletive towards the crowd.

"There is bit of crazy up here as well (in his head). When I played under MS (Dhoni) I was in his ear every moment. I wanted to be at the right place at the right time. I don't think I need to behave differently because I am a captain. I can't play any other way. I made a promise, the day I stop feeling like that I will stop," Kohli told former England batsman Kevi Pietersen during an Instagram live session.

"For me the most important thing is how can I contribute to help team win. That mindset should never change. Lot of things people say to stir things up in India, but you have to block the noise and make most of the opportunity in front of you," he added.

Asked about India's problems on away soil, Kohli made light of the matter despite their recent travails in red ball cricket saying now conditions feel same everywhere with so much cricket and its more about the mindset.

"Before we used to come in every 3-4 years in England. In India, you guys come every year for IPL. But now with so much tour and cricket, we don't feel we are playing in alien conditions. Anyone can beat anyone anywhere. we feel the same in terms of conditions. Now its all about fatigue and mindset."

Kohli also shed light on him turning vegan, saying it is the best decision he has made in his life.

"In 2018, I got a cervical spine issue. I could barely feel my finger and I coundn t sleep the body was acidic, my stomach started pulling calcium from my bones and my bones got weaker.

"I cut down uric acid from my body and I left meat. That is the best decision I have made in my life. I have never felt better waking up. I can play 3 games a week and can recover within a day after a Test match and go on another."