Johannesburg, July 6:  South Africa's limited-overs skipper Quinton de Kock does not want to be over burdened with Test captaincy and that is why he refused to take up that role. 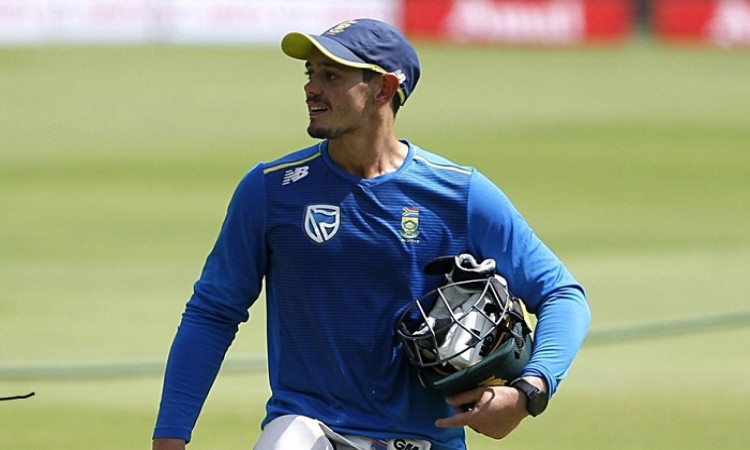 The 27-year-old had replaced Faf du Plessis as ODI skipper in January this year. Later, it was announced that de Kock would not be elevated to Test captaincy.

The wicketkeeper-batsman said he had a discussion regarding this with head coach Mark Boucher.

"Me and Boucher had a very informal chat and I told him, look, I don't know how I feel about being Test captain also. The reality is that's just too much for me to handle. I know that and I realise that. I don't need all that stress on myself," he was quoted as saying by ESPNcricinfo.

"I could see from a mile away that I didn't need that on top of my shoulders. I'm wanting to come up the order in Test cricket and so I don't need all that extra pressure."

de Kock also said he is yet to resume training and is taking a break which he feels is more important.

"Because of the regulations, it's hard to have such a big squad in a certain environment," he said.

"I'm based in a very remote place. There's not much cricket around where I live. I've made sure my fitness is up to date. Practice almost becomes muscle memory. For me, at this point in my career, a break is more important than training."

He will take part in the '3TCricket' competition on July 18, which would mark the resumption of live cricket in South Africa following the coronavirus-forced break.

The Solidarity Cup will see 24 of South Africa's top players feature in three teams -- The Eagles, Kingfishers and The Kites -- playing two halves in a single match.