Don't Know Why People Think There's So Much Hatred Between Two Countries: Warner

SunRisers Hyderabad (SRH) captain David Warner and Jonny Bairstow on Thursday racked up their fifth century as they beat Kings XI Punjab (KXIP) by 69 runs at the Dubai International Stadium. Warner said after the match that the pair enjoy batting with each other. 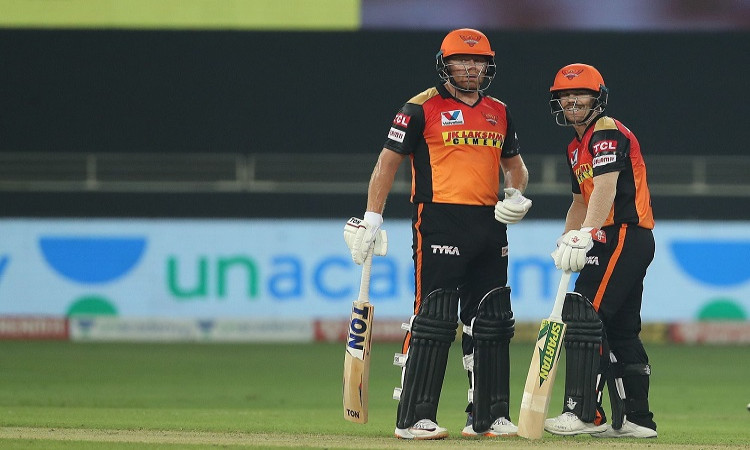 "I don't know why people think there's so much hatred between the two countries! It's going well, at the moment I'm just giving him strike," said Warner in the post-match presentation ceremony.

"Look we really enjoy batting together out there. We tried to take it to them and fortunately enough today we were able to get through the powerplay."

Bairstow, who was declared player of the match for his 97 off 55 balls, hailed Warner for his innings of 52 off 40. "He's (Warner) good fun, we know what a quality player he is. It was his 50th fifty in IPL, that record speaks for itself," said Bairstow.

Warner was also all praise for spinner Rashid Khan who took three wickets and conceded just 12 runs in his four overs, one of which was a maiden. "He's (Rashid) a world-class bowler, it's great to have him. He always delivers in pressure situations. He loves that stuff. What a player," he said.