Australia are banking on Glenn Maxwell being at his destructive best at the T20 World Cup to carry a team beset by injuries, poor form, minimal game time and dressing-room discontent. 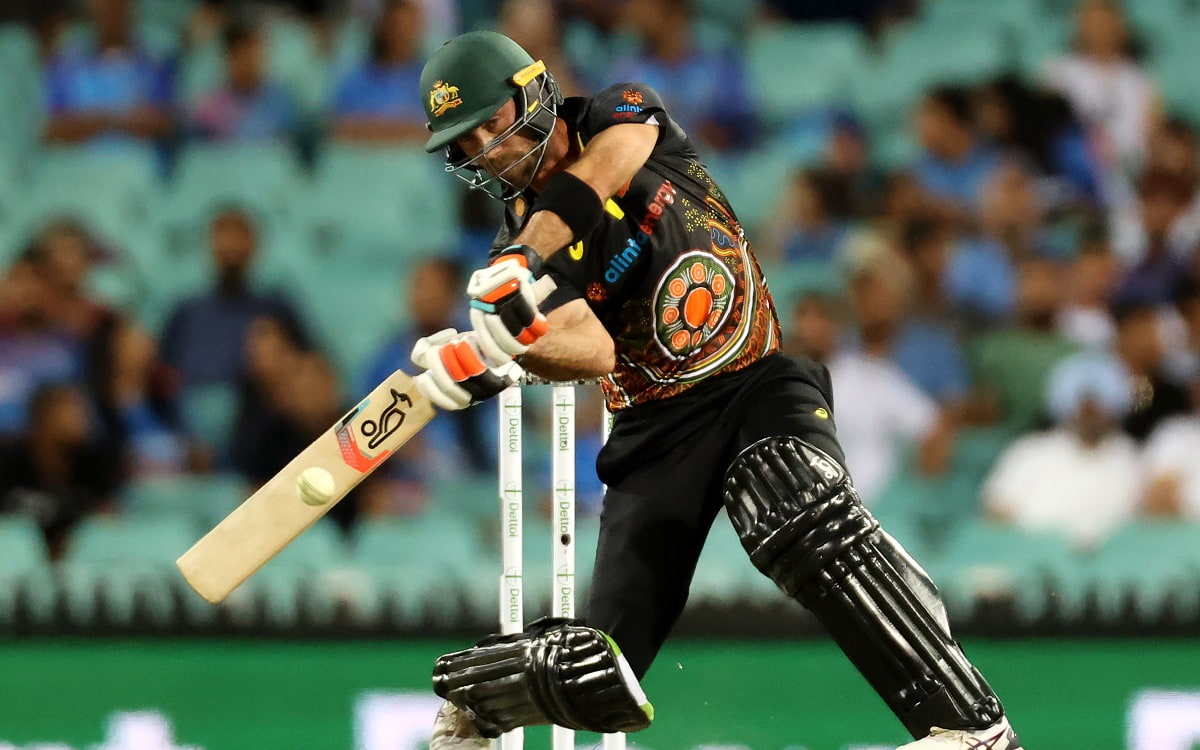 Rarely, if ever, have Australia had such a disjointed build-up to a major tournament. But Maxwell's blistering exploits in the Indian Premier League at Virat Kohli's Royal Challengers Bangalore have been one of the few bright spots.

"He looks to be hitting the ball beautifully, he's confident at the moment, and his backswing looks really impressive," skipper Aaron Finch said of the 32-year-old, who has been in blazing form coming in at number four rather than five.

"The thing I like is he's taking games deep, and as we know, he's as destructive as anyone in the world when he's on. He's someone who in World Cups has shown in the past, whether T20 or 50-over, that he can win games for Australia off his own bat."

Australia will need all that Maxwell, known as the 'Big Show', can offer. Along with Josh Hazlewood, he is the only member of the 15-man Australia squad playing regular cricket.

Finch has been among the walking wounded, undergoing knee surgery in August, but is confident of being fit for Australia's opening game of the World Cup against South Africa on October 23 in Abu Dhabi.

Embattled coach Justin Langer -- under scrutiny over his intense leadership and mood swings -- will need Finch to come out of the blocks firing with few of his team-mates in form or match-hardened.

Of concern, David Warner was sidelined by his IPL team Sunrisers Hyderabad while Steve Smith was out of favour at the Delhi Capitals.

Covid and quarantine requirements have also taken their toll with bowling kingpin Pat Cummins opting out of Australia's limited-overs campaigns in the Caribbean and Bangladesh in July-August.

He has not played since April, while fellow paceman Mitchell Starc turned down IPL riches, and game time, to be with his wife Alyssa Healy as Australia's women's team faced India in a home series.

Others, including Kane Richardson, Ashton Agar, and Mitchell Marsh, have played just one recent domestic white-ball match, while Adam Zampa, Mitchell Swepson and Matthew Wade have not padded up competitively for months due to Covid-related travel restrictions in Australia.

It doesn't bode well for Langer's men in the one format they have yet to win any silverware, although Finch is keen to put a positive spin on their prospects.

"I think that will play into our hands and might allow us to be a little more fresher, to be honest."

Adding to the intrigue has been player discontent with Langer, who was forced to address negative feedback about his "headmaster-like" leadership, amplified by Australia's recent poor white-ball form.

It deteriorated so badly that an emergency clear-the-air meeting was called with Test skipper Tim Paine, his deputy Cummins, Finch and Cricket Australia executives.

Langer, who said he hoped the row would make him a better coach, has laid low in the aftermath with the World Cup his first tour since the storm blew up.

Left-arm spinner Agar spoke to Langer recently and said the coach was in "a good place".

"I think the players know that he's listened to what they've had to say," Agar told the West Australian newspaper.

"All anyone wants to do is feel heard and considered, and feel valued. So as long as that's the case, I'm sure the support will be there 100 percent."