A disciplined effort from the South African bowlers, especially Keshav Maharaj (1/19) and Tabraiz Shamsi (1/20), helped the tourists defeat Sri Lanka by 28 runs to take a 1-0 lead in the three-match T 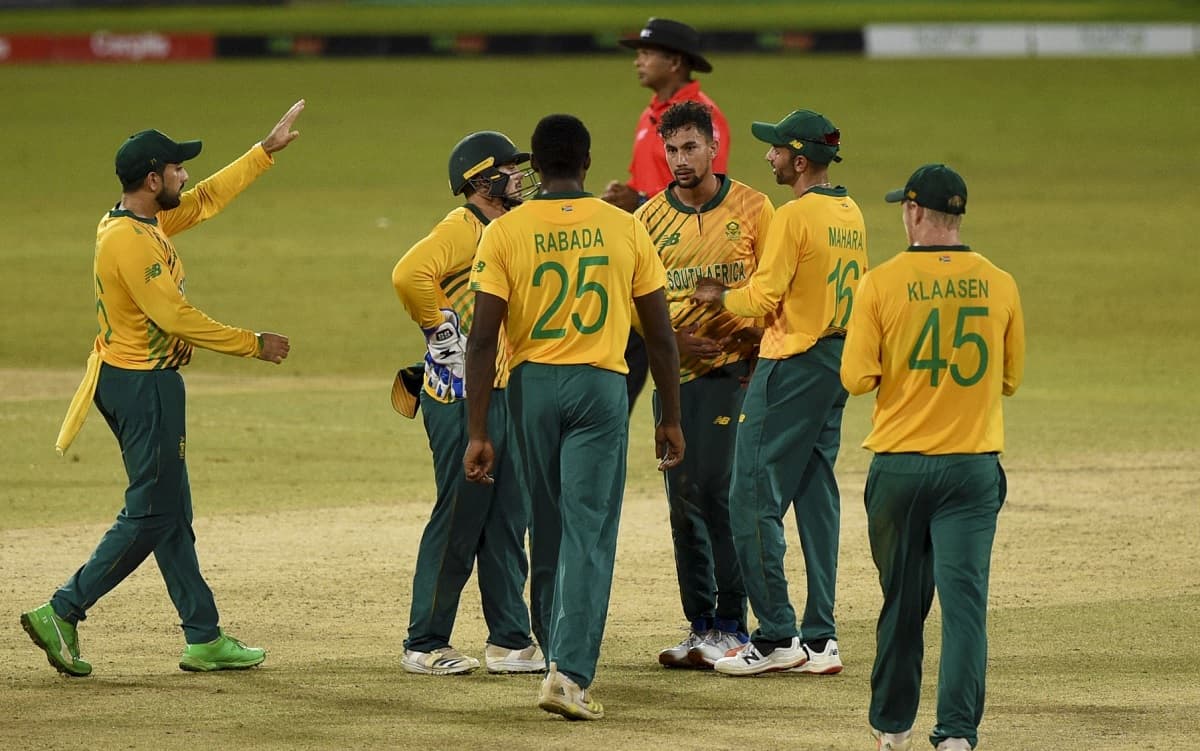 A disciplined effort from the South African bowlers, especially Keshav Maharaj (1/19) and Tabraiz Shamsi (1/20), helped the tourists defeat Sri Lanka by 28 runs to take a 1-0 lead in the three-match T20I series at the R Premadasa Stadium in Colombo here on Friday evening.

Batting first, the visitors posted 163/5 thanks to a brisk start to their innings with openers Reeza Hendricks and Quinton de Kock looking in fine touch. The pair established a 73-run opening wicket stand as South Africa look set for a big total. But Wanindu Hasaranga again showcased why he is regarded as one of the best all-rounders in the shortest format of the game.

He dismissed de Kock on 36 and then followed it up with the scalp of Hendricks for 38 in his next over. Heinrich Klassen soon follow suit, being trapped by Maheesh Theekshana on 2. Aiden Markram and David Miller were then left with the rebuilding job.

The pair did exactly that, with vital contributions which ensured that the Proteas registered a competitive score on the board. They came up with a 65-run stand, but both perished in the end, trying to up the ante. Markram scored 48, while Miller contributed with 26 as the visitors ended up with a total of 163/5 in their 20 overs.

In reply, Sri Lanka had a steady start with openers Dinesh Chandimal and Avishka Fernando looking steady at the crease. But they could not capitalise and convert it into a big stand as Fernando was run-out on 11 by Anrich Nortje.

It was the best of starts for skipper Keshav Maharaj on his T20I debut as he trapped Bhanuka Rajapaksa on a golden duck. Charith Asalanka also struggled during his brief stay at the crease, scoring a 19-ball 6 before being dismissed by Tabraiz Shamsi.

The onus was now on the set Chandimal along with his skipper Dasun Shanaka to guide the hosts to a victory. Chandimal brought up a brilliant half-century, but had to see his skipper depart soon after. Shanaka was bowled by Bjorn Fortuin on 16, just as he was looking to tee up in the final phase of the innings. Hasaranga too couldn't trouble the scorers, attempting a big shot against Dwaine Pretorius, as the visitors edged closer to a series lead.

Despite Chandimal's knock of 66 not out, the target proved to be too much for the hosts as they eventually ended up losing the contest by 28 runs with the Proteas going 1-0 up in the three-match series.