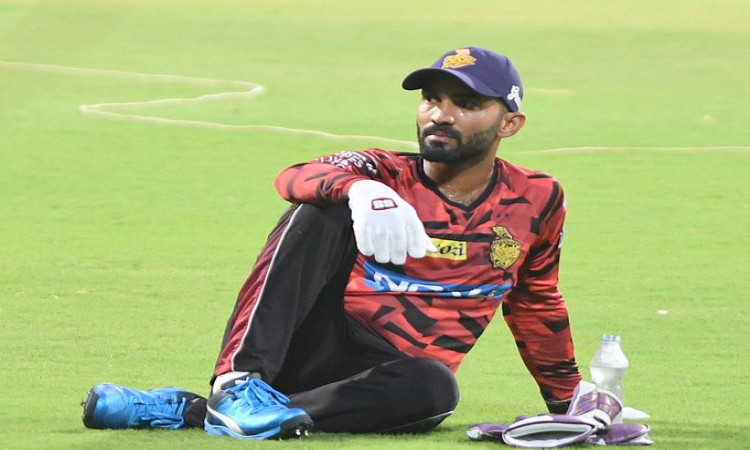 New Delhi, Sep 7: India wicket-keeper batsman and Kolkata Knight Riders skipper Dinesh Karthik has been issued a notice by the Board of Control for Cricket in India (BCCI) after the board was informed that he was present in the Trinbago Knight Riders dressing room with coach Brendon McCullum - also the new coach of the Indian Premier League outfit Kolkata Knight Riders (KKR).

Speaking to IANS, a senior board functionary confirmed the development and said that Karthik needed to take permission before the move as he is still a centrally contracted Indian player and will have to reply to the showcause within seven days.

"There are certain protocols which need to be followed since he is an India player. He is centrally contracted and he can't be seen in the CPL dressing room without informing the BCCI and taking permission. He has seven days to reply to the notice," the functionary informed.

Both the Caribbean Premier League (CPL) franchise and IPL franchise KKR are owned by Shah Rukh Khan. But the BCCI is very clear that the Indian players should have nothing to do with foreign T20 leagues.

In fact, even when Yuvraj Singh was handed an NoC to play in Canada, it was a one-off as the BCCI made it clear that no further releases would be made. While it isn't clear if it was a normal visit to the dressing room or there was some planning going on for the next season of the IPL, Karthik's fate depends on how the Committee of Administrators (CoA) look at the whole matter.

"It depends how the CoA looks at his reply to the showcause. I am sure the committee will also keep in mind that such activities need to be taken note of as foreign leagues are very keen to have Indian representation," the functionary pointed.