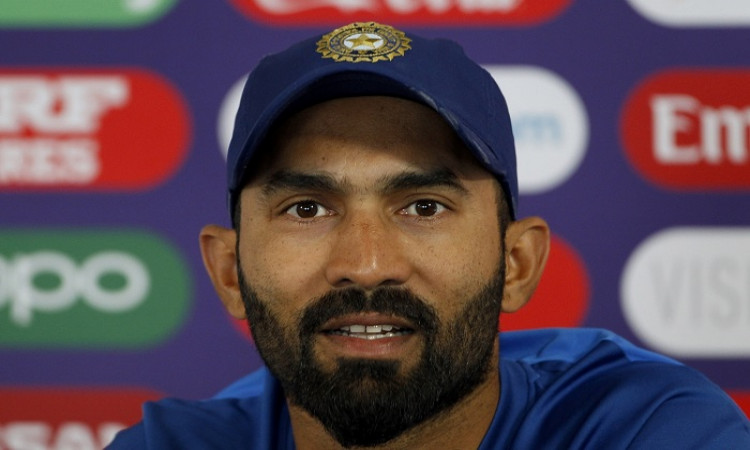 New Delhi, Oct 22: Dinesh Karthik has hit back at former Indian pacer S. Sreesanth, who had cause a stir a few days back when he blamed the stumper for his ouster from the national cricket team.

Sreesanth was banned for life by the BCCI in August 2013 along with his Rajasthan Royals teammates Ajit Chandila and Ankeet Chavan for indulging in spot-fixing in the IPL. Sreesanth has hwoever, always denied the allegations and had said he is innocent.

Karthik has now responded to the allegations levelled by the Kerala pacer and said that it will be 'silly' to even react.

"Yes, I have heard about S. Sreesanth's comments that I was responsible for his ouster from the Indian team. Even to react to an allegation like that will be silly," Karthik was quoted as saying by The Hindu.

Sreesanth's career took an ugly turn when he was accused of spot-fixing during the 2013 IPL, following which he was banned for life. Last month S. Sreesanth's ban was cut short to another seven months.