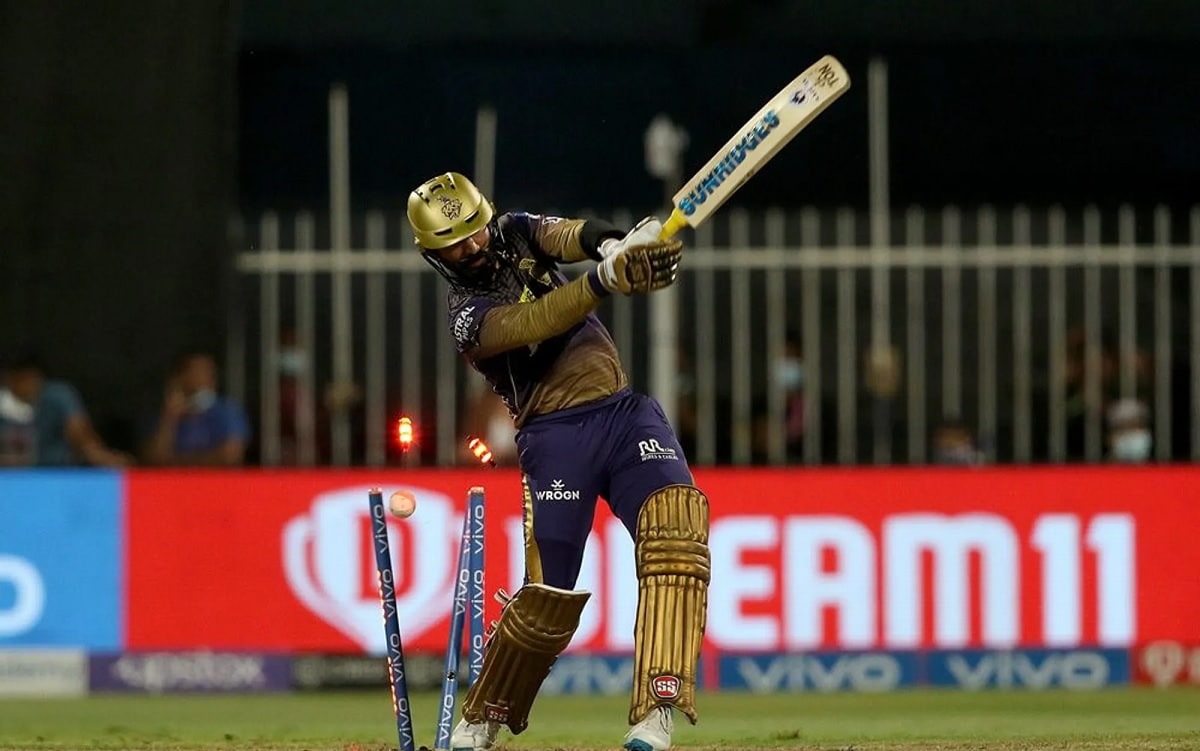 Karthik was accused of breaching Level 1 offence 2.2 of the IPL's code of conduct, the IPL said in a statement.


Didn't Want To Restrict Myself, Was Losing Present Trying To Be Conservative: Venkatesh Iyer

Level 1 offence 2.2 relates to "Abuse of cricket equipment or clothing, ground equipment or fixtures and fittings during a Match".

According to the IPL statement, Karthik admitted to his offense and accepted the sanction.

"Dinesh Karthik, the Kolkata Knight Riders wicketkeeper-batsman, has been reprimanded for breaching the VIVO Indian Premier League's (IPL) Code of Conduct during his team's Qualifier 2 against Delhi Capitals at Sharjah on Wednesday 13th October 2021.

"Mr. Karthik admitted to the Level 1 offence 2.2 of the IPL's Code of Conduct and accepted the sanction," the IPL said.

According to the IPL, tor Level 1 breach of the Code of Conduct, the Match Referee's decision is final and binding.

The IPL decision came a few hours after Qualifier 2 in which Kolkata Knight Riders held their nerves to defeat Delhi Capitals to reach the final against Chennai Super Kings.

Earlier on Wednesday, riding on a brilliant fifty by Venkatesh Iyer (55 off 41), KKR beat Delhi Capitals by 3 wickets in a thrilling Qualifier 2 at the Sharjah Cricket Stadium.

A clinical bowling performance by bowlers helped Kolkata Knight Riders restrict Delhi Capitals to 135/5 in 20 overs. For Delhi, Shikhar Dhawan (36), Shreyas Iyer (30*) were the top-scorers while Varun Chakravarthy (2/26) was the most successful bowler for KKR.

Chasing a total of 136 runs for victory, Iyer hit his third fifty of the season while Gill and Nitish Rana also made important contributions of 46 and 13 respectively to help the team reach close to the finish line.

But things took a dramatic turn when Gill got out and KKR collapsed from 125 for 2 to 130 for 7 before Rahul Tripathi held his nerve and hit a six in the final over, leading his team to victory with 1 ball left.