Karachi, Dec 20: Dinesh Chandimal scored a half century, but Sri Lanka managed only 271 in the first innings thanks to some excellent bowling from Shaheen Shah Afridi and Mohammad Abbas. At stumps on the second day of the second Test, Pakistan were 57/0, trailing by 23 runs. 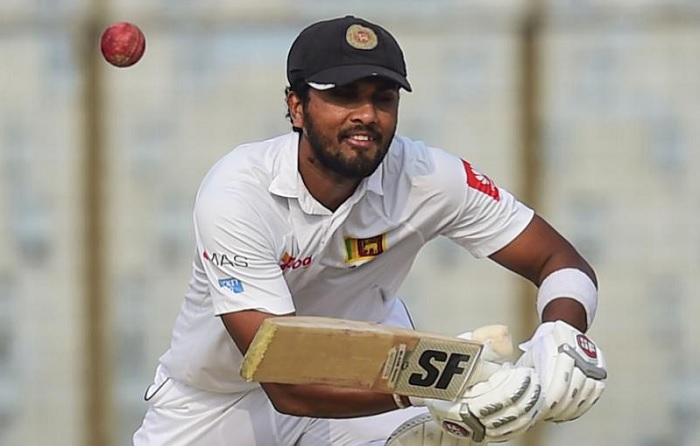 Pakistan's decision to bat after winning the toss backfired on Day 1 as Lahiru Kumara and Lasith Embuldeniya's four-fer bundled out the hosts for a paltry 191 runs even as Babar Azam (60) and Asad Shafiq (63) slammed respective half-centuries.

In return, the Islanders ended the first day at 64/3 with Angelo Mathews (8) and Embuldeniya (3) at the crease. Mathews and Embuldeniya got out on 13, but Chandimal fought hard for his fighting 74 off 143 balls, his innings laced with 10 fours.

Chandimal shared a useful 67-run sixth wicket stand with Dhananjaya De Silva (32) and another association of 51 runs with Dilruwan Perera (48) as the tourists had their lower order batsmen to thank for the total.

Pacemen Afridi and Mohammad Abbas took five and four wickets respectively for the hosts. Pakistan seemed to have learnt a lesson from their first innings batting collapse as Shan Masood (21 batting) and in-form Abid Ali (32 batting) did well to see off the final session and went into close of play without losing their wickets.