Different Opposition Every Day Is Challenging But Rewarding Too: Josh Hazlewood

Chennai Super Kings (CSK) Australian pace bowler Josh Hazlewood says playing a different team in every other game is challenging but it also brings out the best in the bowlers, adding that he was immensely satisfied with his performance which guided the team to the IPL play-offs at the Sharjah Cricket Stadium on Thursday. 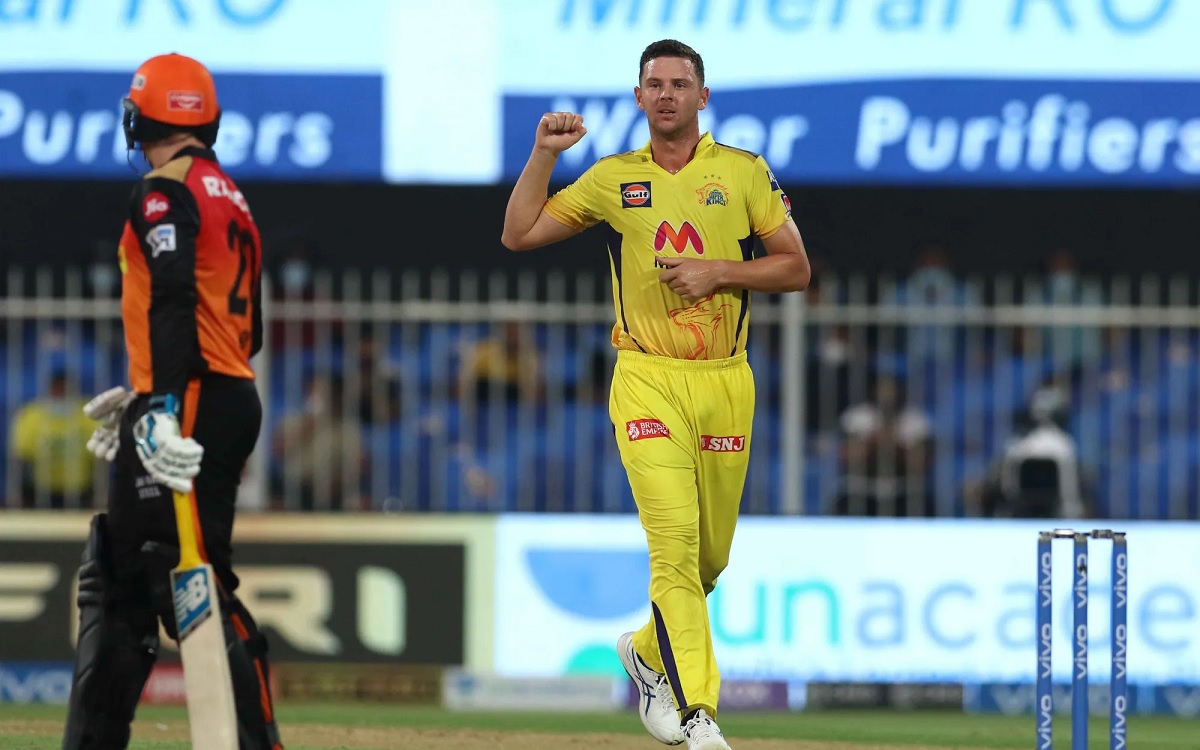 Three-time champions CSK became the first team to qualify for the playoffs of the IPL 2021 as they are at the top of the charts with 18 points from 11 games, registering nine victories. Chasing 135, Chennai reached the target with two balls to spare. Hazlewood's super spell (3/24) against Sunrisers Hyderabad was the cornerstone of CSK's emphatic win.

"I put in a lot of hard work and learnt a lot (in) every game. It's hard to learn since there's a different team (in) every game, but it's satisfying. Getting (Jason) Roy was a big wicket, and it was good to put the pressure back on them early," Hazlewood mentioned after bagging the 'Player of the Match' award on Thursday.

Opener Roy, who played a key role in SRH's seven-wicket win against Rajasthan Royals in their previous match, notching up a 42-ball 60, was caught by Dhoni off Hazlewood for two on Thursday, denying SRH a blazing start.

The 30-year-old lanky pacer claimed the wickets of Roy, Abhishek Sharma and Abdul Samad. "The wicket offered a little bit, it was on the slower side and a little low as well. We are happy...we are applying whatever we are doing in the practice. It's good to learn from (Dwayne) Bravo over the last few weeks too, and it's been a great learning curve for me," Hazlewood added.

Opener Faf du Plessis, who scored a crucial 41 during the chase, mentioned that the balance of the side is good. "Our batting line-up is long, we have guys coming in and batting aggressively all the time, so even if one takes wickets, there'll be batters coming out to score runs. Moeen has been a good addition as a second spinner. The balance I think is very good, that's one reason for us doing well this season," du Plessis said.