Dharamsala, March 11:  Having missed the all-important tour of New Zealand, Bhuvneshwar Kumar is making a comeback to the national team for the ODI series against South Africa and the pacer said that while it is tough to make a comeback, he didn't wish to rush his return. 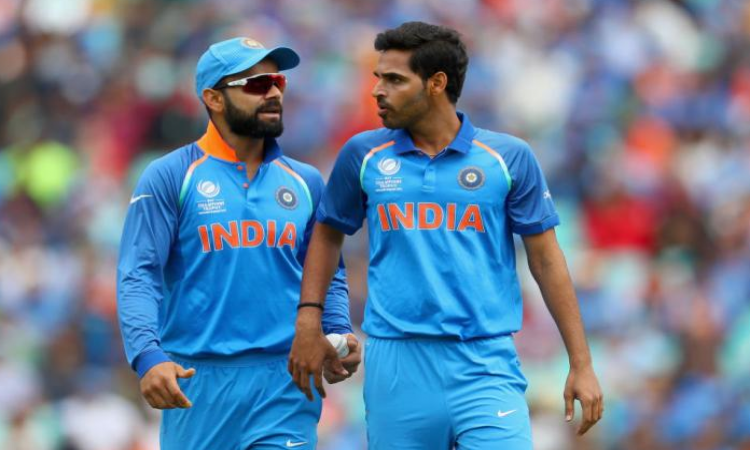 "It's difficult to maintain pace when you are returning from an injury because it always plays on the mind that if you strive for pace then the injury might reoccur. The best option is such a case is to play matches as much as possible to gain confidence that you are fit," the pacer said on the eve of the opening ODI.

Having worked at the National Cricket Academy, Bhuvneshwar also played in the DY Patil T20 tournament and the bowler made it clear that he wanted to test himself in match conditions.

"When I started after the surgery, I started slowly. After one week I started different exercises related to bowling and then when I felt I am fit, I started bowling at the nets and played matches...I didn't want to return without playing a practice match," he pointed.

The drubbing in the ODIs against New Zealand saw skipper Virat Kohli earning a lot of flak as he had spoken about the need to do well in T20Is this year with an eye on the World T20 to be played later in the year. But the pacer said that the team wants to win all international games.

"International matches are important. We just lost a series in New Zealand and you all are aware of the reactions after that. Our aim is to win the series because if we don't do well, an individual's confidence also gets affected," he said.

"T20 is a different thing but if we do well here, we will have confidence going into the IPL which is necessary."

With rain in the air, the pacer said that bowling first could be an option if Kohli won the toss. "Generally it's a good batting wicket. The dew also plays a role in the evening then it gets difficult for a bowler. In high altitude grounds, the ball also travels faster," he pointed.