Didn't mind if I died while batting: Viv Richards on not using helmets

Sydney, April 9:  West Indies batting great Viv Richards was famous for preferring not to use a helmet. Richards faced some of the most vicious fast bowlers in the history of the game at a time when restrictions on bouncers weren't around and in a chat with former Australian all-rounder Shane Watson, the 68-year-old said that he was comfortable with the risk that came with not wearing a helmet. 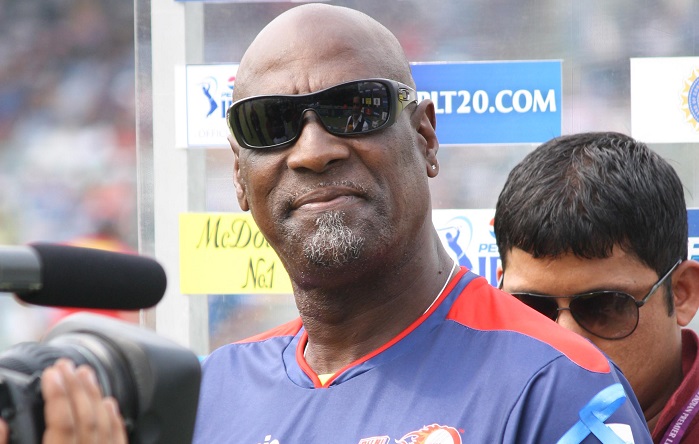 "The passion for the game I felt was such that I wouldn't mind dying playing something that I love. If this is what I chose and I go down here, what better way is there to go," said Richards on Watson's podcast.


COVID-19 forces Gloucestershire to call off deal with Cheteshwar Pujara

Richards also said that he felt inspired by athletes in other sports who put their lives on the line. "I have looked at other sportsmen and women who I have a lot of respect for doing it to an extreme level. I see a guy driving a Formula 1 racing car, what could be more dangerous than that?" said Richards, to which Watson jokingly replied, "Facing 150kph without a helmet?"

Richards also revealed that one of his dentists had told him to keep a mouth guard but he didn't do that for long because it didn't allow him to have his chewing gum while batting.

"One of my dentists made me a mouthpiece and all and I tried it a few times but I always enjoyed my chewing gum. You have 11 men out there and the umpires -- you felt outnumbered. And that was my little piece," said Richards.

"It made me sort of look cool, calmed me down, it gave me sort of a rhythm. That was a companion for me at the time. I made sure every time before I walked out there I had a chewing gum in my mouth. It got a bit stale if you are batting long enough but it was all good. So I did away with the mouthpiece."