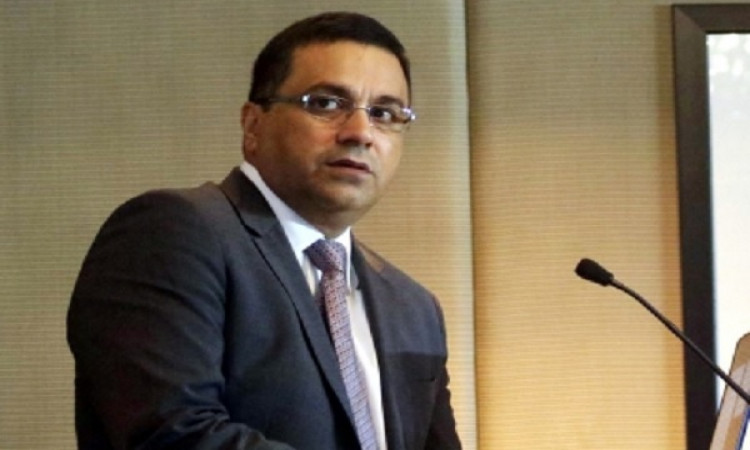 New Delhi, Oct 18 After the women selectors -- led by Hemalata Kala -- wrote to the Board of Control for Cricket in India (BCCI) CEO Rahul Johri for keeping them out of the process of hiring support staff for the national team, Committee of Administrators (CoA) member Diana Edulji and Indian Cricketers Association female representative to the BCCI Apex Council Shanta Rangaswamy have also pulled up Johri and GM Cricket Operations Saba Karim for failing to follow the rules of the constitution.

In a strongly worded letter to the CEO, accessed by IANS, Diana has questioned the process followed in selection of the support staff and pointed specifically at the appointment process for the position of video analyst. She has mentioned that the whole process looks like an eye wash.

"I am shocked by the email from women selectors to you regarding the sham process being followed for selection of the video analyst. It is even more worrisome that the person Pushkar Sawant, wanted by Saba and NCA is already booked on the flight to West Indies. The whole process looks like an eye wash.

"The mail casts serious aspersions and doubts about the dealings of the cricket operations especially Saba who is heading it and despite repeated instructions by CoA, he is defying and wanting to place persons to these positions without due process. If this is not insubordination which is not for the first time as it's been happening for over a year, then what is?" she questioned.

Shanta in her mail to the CoA, CEO and the selectors has stated that these things are been done deliberately to accommodate persons chosen by the powers that be and not following the established practices.

Calling the allegations serious, Diana further said that she isn't ready to give consent to the interview taking place to appoint the video analyst as Sawant has already been nominated for the tour.

"I am marking this to my colleagues so that they are aware of what is happening behind the CoA's back. I wonder if this will also be 2-1 call and matter will be closed.

"I will not be giving my consent to this sham interview that is taking place today for the video analyst as Sawant has already been nominated for the tour and also the appointments of the other support staff who are travelling to West Indies without due process being followed," she wrote.

She said that the CEO must also take responsibility for the turn of events. "As the CEO if you can't get the act right and allowing this kind of sham process under your watch makes you equally culpable," she pointed.

Diana ended by asking if the same process would have been allowed if it was the men's team. "This is the national Indian team that is travelling and such shabby treatment is being doled out to them. I wonder if you would do this to the men's team," she said.

In case of the appointment of the support staff of the men's team, it was the selection committee led by M.S.K Prasad who had conducted all the interviews before the likes of Bharat Arun were re-appointed.