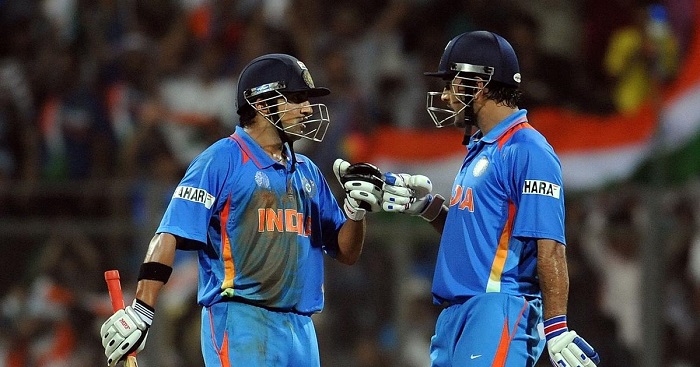 Dhoni announced his retirement from international cricket on Saturday evening, thus bringing an end to the top-flight career of one of India's greatest limited-overs cricketers, and its most successful captain.


Must've held back tears for the goodbye: Sakshi tells Dhoni

The 39-year old is the only captain to win all three ICC trophies - the 50-over World Cup, the T20 World Cup and the Champions Trophy - and he also took India to the top of the ICC Test rankings.

Speaking on Star Sports show Cricket Connected, Gambhir spoke about Dhoni's achievement of lifting all the three ICC trophies, a feat which according to him no other Indian captain would ever achieve.

"One record if you talk about, which is going to stay forever is MS Dhoni's three ICC trophies," said Gambhir who shared a memorable 109-run stand with Dhoni during the 2011 World Cup final against Sri Lanka to help the team clinch the title.

"I think 100s will eventually get broken, someone will come and probably score more double 100s than Rohit Sharma, but I don't think so any Indian captain would be able to achieve three ICC trophies, so MS Dhoni's going to be there to stay forever," he added.

Dhoni, who made his ODI debut in 2004, changed the face of Indian cricket with his calm demeanour, sharp understanding of the game and astute leadership qualities. He turned up for the country in 350 ODIs, 90 Tests and 98 T20Is.