Dhoni's Mentor Recovering After Being Hospitalised In Ranchi 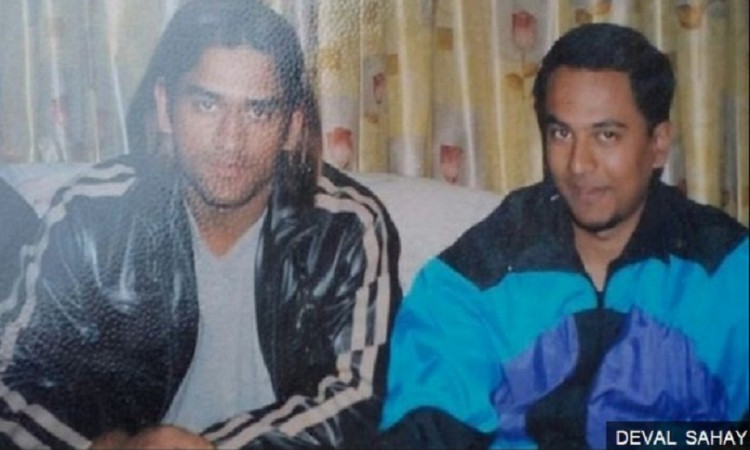 Deval Sahay, the man who played a crucial role in Mahendra Singh Dhonis early days by providing him a turf pitch to play on in Ranchi, is currently hospitalised in his home city with multiple health issues, including breathing and urinary. However, the good news is that the 73-year-old was removed from the ventilator support on Saturday.

Sahay, who as Director (Personnel) with Central Coalfields Limited (CCL) hired a young Dhoni on stipend in 1997-98, was put on ventilator after being admitted in the Intensive Care Unit (ICU) of Jagannath Hospital in Ranchi on Tuesday.

"The good news is that the ventilator has been removed now (1.30 pm). But he is still in the ICU," Abhinav Akash Sahay, son of Sahay, told from Ranchi on Saturday.

"They will observe him for a few hours and again take his parameters -- oxygen saturation level etc. And if everything is all right then tube will be removed fully," said Deval Sahay's wife Meena.

"Don't worry. Deval is a fighter and he will bounce back to his full form very quickly. God is taking good care of him," she added.

Meena informed that the doctors were continuously monitoring her husband and have told him to relax and advised deep breathing. "He is doing fine. By God's grace he is improving," she said.

Abhinav said his father had stopped eating lately. "He had breathing problem as the oxygen level had dropped low. Deficiency of sodium was another issue. Initially, we feared that it was a case of coronavirus, but we were relieved when the test result came out negative. He is recovering, but it will take time, given his age," he said.

When Sahay hired Dhoni on stipend from Research and Development for Iron & Steel (SAIL)in late 1990s, only Mecon, where Dhoni's father worked, had turf pitches in Ranchi. Those pitches were also prepared under Sahay's supervision when he worked in that company. Then, when he joined CCL, he got turf pitches prepared for the company. And just when Dhoni was about to represent SAIL, Sahay brought him to CCL where his game flourished.

Many Ranchi-based cricketers whom Sahay mentored at the CCL, besides his relatives and friends, have been visiting the hospital ever since he has been admitted.

Adil Hussain, who is close to Sahay and was Dhoni's first captain at the CCL, said he visited the hospital on Saturday afternoon and was relieved that his mentor's health condition was improving.

"I've just returned from the hospital and I heard doctors attending to Mr Sahay say positive things about his health. I heard one doctor instructing someone to keep Mr Sahay engaged and not let him sleep for medical reasons," said Hussain. "Along with me, my and Dhoni's former CCL teammates like Pushpak Lala and Sanjay Singh, besides former Ranchi Cricket Association secretary Sunil Singh, have been regularly visiting the hospital to enquire about his health."