Dhoni One Of The Best Leaders I Have Come Across: Gary Kirsten 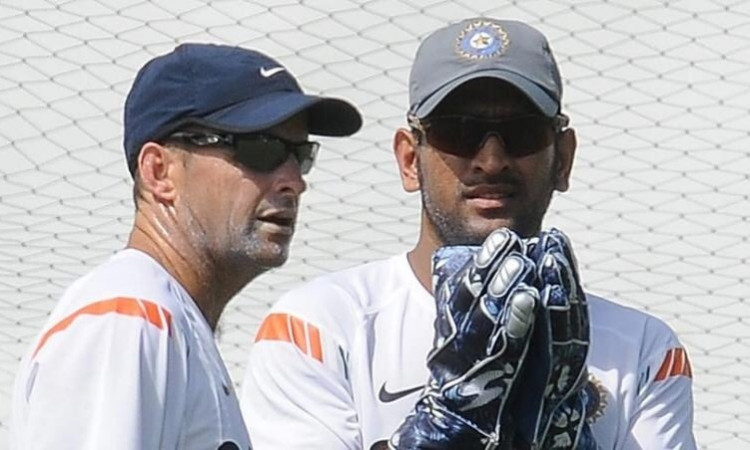 New Delhi, Aug 17:  Gary Kirsten, who was the coach of the 2011 World Cup-winning Indian team, has hailed MS Dhoni, saying it was a privilege for him to work with one of the best leaders that he came across.

Kirsten on Monday expressed gratitude to Dhoni for all the good memories that he made during his tenure with the Indian team.

"A privilege to work with one of the best leaders I have come across. Thanks MS for many fond memories with the Indian cricket team," said the 52-year-old in a tweet.

Kirsten was handed an initial two-year deal from March 1, 2008. He was then handed over a one-year contract extension that saw him lead India to their second World Cup title. Under his stewardship, India also took over the numero uno spot in Tests in 2009.

The former South Africa opener also revisited a past statement, which described their bond. "I would go to war with Dhoni by my side."

Dhoni, who made his ODI debut in 2004, played a whopping number of 350 ODIs, 90 Tests and 98 T20I matches for India. He was the first and is still the only captain till date to have won all three ICC Trophies.

The 39-year-old from Ranchi holds the record for most international matches as captain (332). Unarguably the quickest man behind the wicket, Dhoni affected a staggering 829 dismissals behind the stumps.