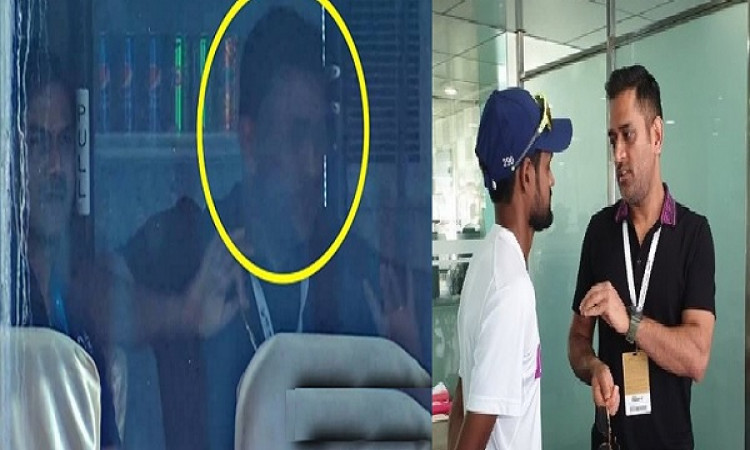 Ranchi, Oct 22 Former skipper M.S. Dhoni on Tuesday joined the Indian team in Ranchi following their emphatic victory over South Africa in the third and final Test at the JSCA International Complex.

Dhoni in his hometown here, was seen having a word with debutant left-arm spinner Shahbaz Nadeem -- also a local -- after the match.

The Board of Control for Cricket in India (BCCI) tweeted the picture of the interactoin.

India head coach Ravi Shastri also tweeted an image of him alongside Dhoni. "Great to see a true Indian legend in his den after a fantastic series win," Shastri captioned the image.

India completed their first-ever 3-0 series whitewash over South Africa as they defeated the Proteas by an innings and 202 runs in the final Test.

South Africa had already lost the Test series after comprehensive defeats in the first two Tests. In Visakhapatnam, India won by 203 runs and went to register an emphatic innings and 137 runs in Pune.

Dhoni, 38, has been away from international cricket since India's exit from the World Cup after losing the semi-final clash to New Zealand.

The former Indian skipper later joined the Indian Army for two weeks ahead of the Independence Day celebrations and later even missed the West Indies tour. He was not selected for the T20Is against South Africa at home.