Dhoni Is A Gem Of A Person, Very Down-To-Earth: Vijender Singh 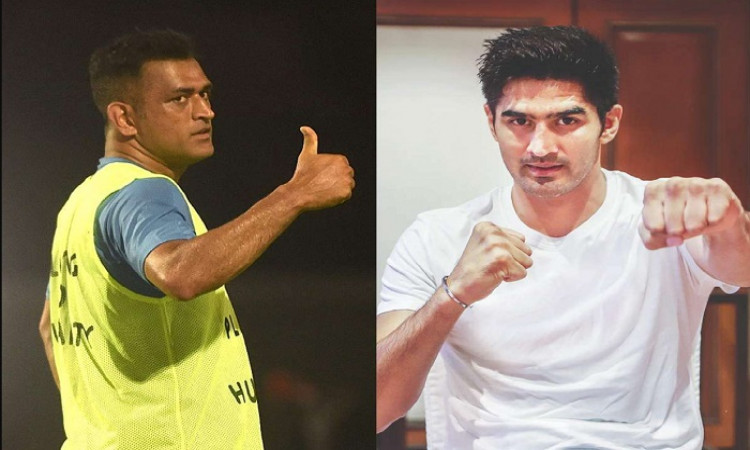 Dhoni made an unforeseen announcement with a simple social media post on India's 74th Independence Day. To this, Vijender quipped that Dhoni will do 'whatever he wants to' and 'whenever he wants to'.

Also Read: Dhoni Not Just A Sportsperson But A Phenomenon, Says PM Modi

"I have met him a couple of times and he is a gem of a person, so down-to-earth. I have always admired his batting though I am not a big cricket fan. He really taught many small-town boys to dream big. People love him because he did so much for the nation. He deserves every bit of respect," Vijender told IANS.

The Indian boxer is currently training at his home in Bhiwani. Further talking about his future events, Vijender revealed that there is a chance that he might get a fight by the end of this year.

"We are in talks with the organisers and I believe that by the end of this year, there will be one fight. He said. Asked about the venue, he added, "Not in India for sure. We will discuss it later and plan accordingly."

The 34-year-old boxer, meanwhile, expressed concern over the rise in the number of coronavirus cases in India. "Situation is not good. The numbers are rising everywhere. I just wish everything gets sorted out soon. People are facing a lot of problems because of this so I pray to god for each and everybody's health. And I request people to also avoid it if not that necessary don't come out of your houses," he concluded.