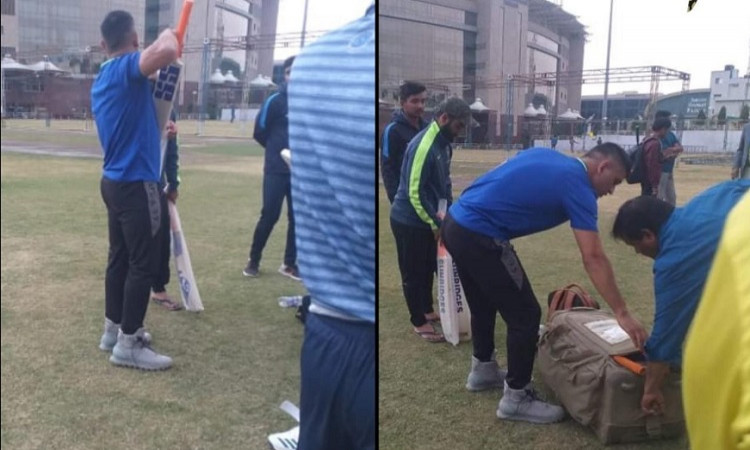 MS Dhoni and the rest of the Chennai Super Kings took to the nets in the United Arab Emirates (UAE) as the three-time champions finally started their training after all their members barring the 13 positive cases tested negative for Covid-19.

In videos posted on their Instagram handle, Dhoni could be seen facing Ravindra Jadeja and Piyush Chawla under the lights at the ICC Academy in Dubai.

Also Read: For The First Time I Wasn't Abused In England, Says Warner After 1st T20I

Dhoni could be seen hitting big sixes as he looks to get back into the groove after an absence from the sport that has lasted more than a year. He had on August 15 announced his retirement from international cricket.

Last week, two players and 11 others of the CSK contingent had tested positive for coronavirus and were subsequently put in isolation. They will undergo test after completing their mandatory 14-day isolation period. They need to return with two negative tests before being allowed to train.

The Chennai-based franchise is the last to start with their training as all other franchises have been sweating it out on the field since the start of this week. Additionally, batsman Suresh Raina and spinner Harbhajan Singh have both declared their unavailability for the season, with the former returning to India after travelling with the team to the UAE.