A hardcore fan of former India skipper M.S.Dhoni in Tamil Nadu's Cuddalore district has painted his house in yellow -- the Chennai Super Kings(CSK) color in the Indian Premier League(IPL). 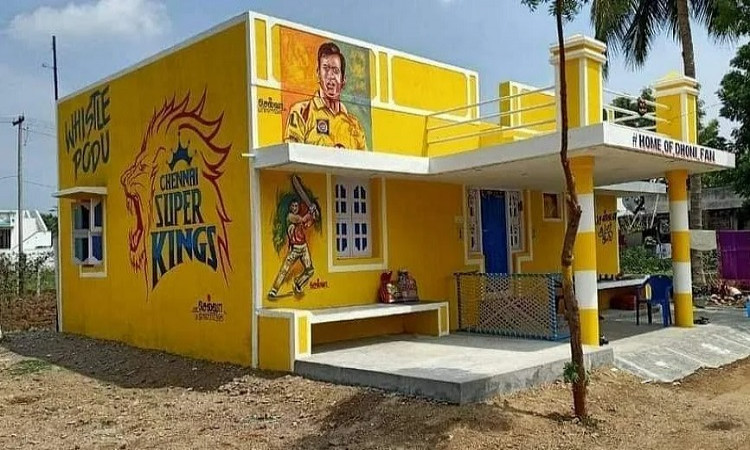 Not only the outer walls are painted in yellow but they also sport the CSK logo "the lion", the tagline "whistle podu" and also a portrait of Dhoni.

Also Read: DC vs RR: Delhi Capitals Have Won The Toss And Have Opted To Bat

Gopikrishnan, the fan, has also loudly proclaimed that he is an ardent Dhoni fan by painting in bold letters '#HOME OF DHONI FAN' above the entrance of the house.

According to reports, Gopikrishnan works in the Middle East, and owing to Covid-19, he has returned home. Reports also said he had splashed around Rs 1.50 lakh to paint the CSK colors.

Chennai Super Kings, the three-time IPL champions, have however not been able to play as per expectations in the ongoing 13th edition of the tournament being staged in the United Arab Emirates (UAE) due to the Covid-19 pandemic. Out of the eight matches, they have played so far, the Men in Yellow have registered wins in only three and are currently placed at the sixth spot in the points table.

CSK, who defeated SunRisers Hyderabad on Tuesday night in Dubai, will next face Delhi Capitals on Saturday.