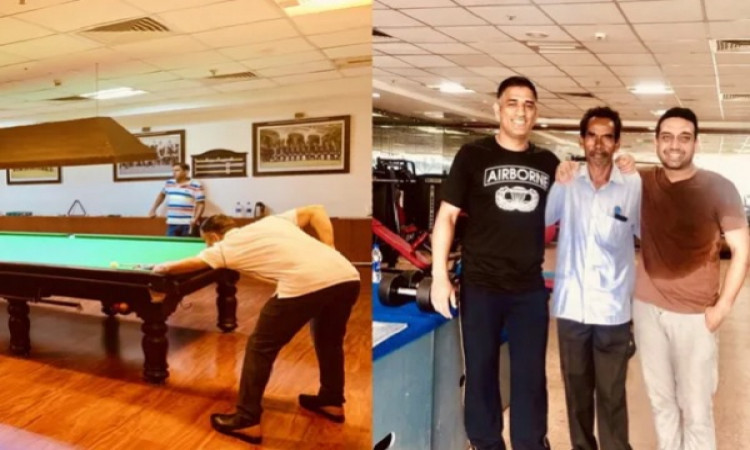 Ranchi, Sep 29 Speculation regarding former India skipper M.S. Dhoni's retirement has been rife ever since he decided to take a break from the game post the 2019 World Cup, but that has not ruffled the former India skipper one bit as he was spotted playing billiards at the Jharkhand State Cricket Association (JSCA) stadium here.

Dhoni was seen in a relaxed mood as he spent time at the indoor campus.

Recently, India's 2007 T20 and 2011 50-over World Cup winning skipper also shared a video of gully cricket being played on the streets here. Dhoni was also seen in his new car -- a one-of-its-kind Jeep Grand Cherokee Trackhawk.

Dhoni, 38, was seen taking the Jeep for a spin in the city as bystanders paused to admire the red midsize SUV and a glimpse of their local hero.

Dhoni will not be available for selection until November this year, according to reports.

The former India captain had previously missed the West Indies tour after taking a two- month break, which also meant that he missed the ongoing home series against South Africa. The extension of the break means that he will miss out on the Vijay Hazare Trophy and the home T20I series against Bangladesh as well.

This also means that Dhoni would be available to play for India only in December when the West Indies tour the country for three T20Is and as many ODIs. The series is scheduled to start on December 6.

Dhoni had last played for India on July 10 when the Men in Blue lost to New Zealand in the semifinal of the ODI World Cup in England. His break would effectively be nearly six months long.