Dhoni & boys to get COVID-19 test done before assembling in Chennai: CSK 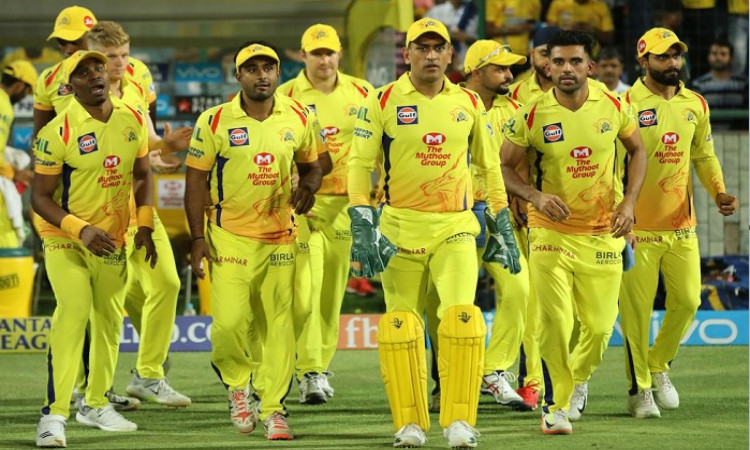 New Delhi, Aug 3:  Indian Premier League (IPL) franchise Chennai Super Kings have approached the IPL Governing Council for further clarity and the Standard Operating Procedures (SOPs) as the team prepares for the 13th edition of the league and they have been assured the same by Thursday. The IPL team has also been told that a meeting between the GC and the franchises will take place this week.

Speaking to IANS, a CSK official said that the top management has already been in touch with the IPL GC after Sunday's meeting and has been promised the SOP for IPL teams in the next couple of days. In fact, the much-awaited meeting between the franchises and the IPL GC is also set to take place this week.

"We had a word with the GC and have asked for further clarity. They have informed us that the SOP will take a couple of days more and it should be in by Thursday max. The meeting between the IPL GC and franchises is also being planned accordingly. We should have a full idea and all our doubts should be cleared by the end of the week," the official said.

"There's no question of breaking the given guideline. We are still looking at being one of the first to hit the ground running, but not before August 20. Let us wait and see what the IPL GC tells us during the meeting with us and we can take it forward accordingly. We will also decide on whether we have a short camp or not in India before leaving for UAE based on the meeting with the board. But chances are very less of a camp in India," the official explained.

How will the players assemble and will the testing take place before they leave? The official said that M.S. Dhoni and boys will undergo their coronavirus test and reach Chennai and then the idea is to fly off within 48 hours from when the players and support staff assemble in the state capital.

"Dhoni and the boys will get their test done and assemble in Chennai and we will look to fly off within 48 hours. At present, the idea is to get the players in and fly off as soon as we have the go-ahead," the official pointed.