Dhoni And I Used To Sit On Floor And Eat In Hotel Room, Uthappa Recalls 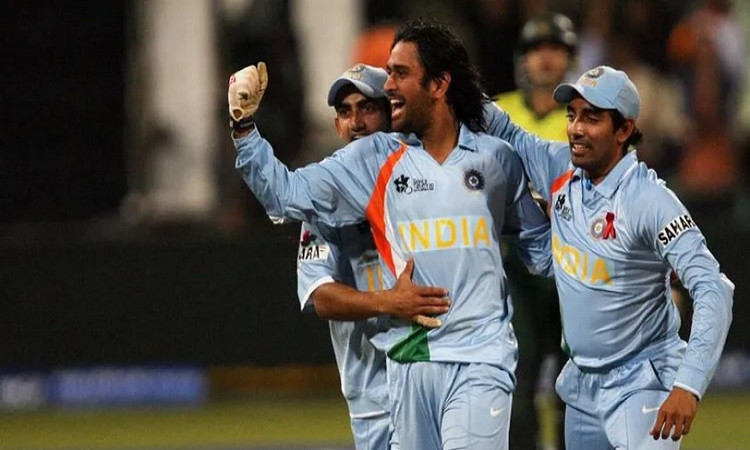 Dhoni, a two time World Cup-winning captain, recently retired from international cricket, ending over one year of suspense. His retirement took the cricket world by surprise when he made the announcement on his official Instagram account. Following this, several cricketers shared their favourite Dhoni memories.

Also Read: Raees Ahmadzai Appointed As Director Of Cricket Of Afghanistan Cricket Board

Uthappa, while speaking , said that he too has had some great moments on and off the field with the icon and winning the 2007 World T20 was the moment he cherished the most.

"It was lovely to play with him. I've shared some great moments with MS. We achieved some fantastic feats under his captaincy. Obviously, winning the 2007 World T20 was a moment we all cherish. It's not every day that you win a World Cup for your country. So I'd say that is the moment I absolutely cherish," Uthappa said.

The Rajasthan Royals batsman recalled the moment when the duo shared the room and ate sitting on the floor.

"Outside the pitch, I really enjoyed the moments we shared in the hotels, both MS and I would love to sit together and eat on the floor in the room... they were really simple moments and the fondest memories I have of us being together in the Indian team," Uthappa said.

Uthappa moved from Kolkata Knight Riders to Rajasthan when he was signed by the Jaipur franchise this year. He has already reached the UAE with his new team and feels the team is full of energy.

"It's been a fantastic experience with the Royals so far. There has been good energy among the players and the staff ever since we first got together for our camp in March," said 34-year-old Uthappa.

Uthappa was full of praise for the Rajasthan Royals for making him feel at home from the word go.

"Everyone has been really welcoming and has helped me settle down with ease. There is a family-like atmosphere here, one which lets you express, be yourself and speak your mind, share your thoughts which as a cricketer you always want. We have a fantastic team with some genuine match-winners and we're all raring to go and give our best this year, hoping to do something special for Rajasthan Royals," he said.

The Covid-induced lockdown was a difficult period for all on the planet and sports persons faced a bigger challenge coping with it, both mentally and physically.

For Uthappa it was no different, but he is now eager to get back on the field to show his skills.

"Obviously, I missed playing cricket and the IPL during the lockdown. The months of April and May have been key months for us cricketers for over a decade now due to the IPL. So, yeah, it was a big miss, sitting at home and not being able to go out there and play cricket.

"I did have the opportunity to train a bit in India before travelling to the UAE, and it felt good to be back on the field training with a bat in hand. Can't wait to get back out there with all the players and support staff and start preparing for the tournament," he said.

Uthappa feels that a good season of IPL could still pave the way for him to make a comeback to the Indian team. Uthappa has played 46 ODIs for India in which he has scored 934 runs at an average of 25.94. He has also played 13 T20Is, scoring 249 runs.

"I still have that fire burning in me, I want to compete and do well at the highest level. You can never really write yourself off. Anyone who's playing competitive cricket always hopes to represent his country. A good IPL season with the Royals could do wonders for me and could possibly get me back in the reckoning for the Indian team.

"I am someone who looks at things from a positive side, even in negative situations. It is important to have the belief in oneself if you want to play for the country, especially knowing that you have the ability and you know that there is an outside chance... you just can't give up on that dream," he said.

Uthappa also believes that the IPL will bring back normalcy to every sport in the world. "I hope it does. First of all, hopefully the situation with regard to Covid-19 improves. Hopefully, all the other sports can get back on the grounds and all the athletes in our country can get back to training and doing what they love. Also, fans in India can get back to watching and cheering their favourite athletes," he said.