Dhawan, Vijay moved up the ladder in the ICC Test rankings

Dubai, June 19 (CRICKETNMORE) - India openers Shikhar Dhawan and Murali Vijay moved up the ladder in the ICC Test rankings for batsmen after their twin tons in the first innings of India's one-off five-day game against Afghanistan in Bengaluru last week. 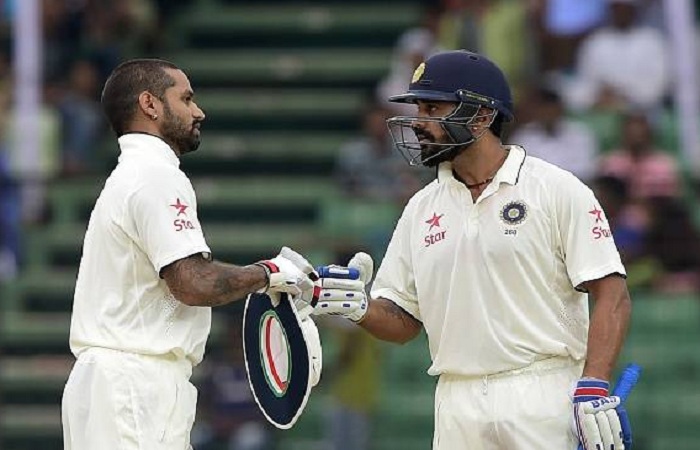 Dhawan's knock of 107, during which he became the first player from India to complete a century before lunch on the opening day of a Test match, saw him gain 10 spots to reach a career-best 24th position while Vijay's innings of 105 lifted him six spots to 23rd position as they helped India win the Test within two days by an innings and 262 runs. Meanwhile, spinner Ravindra Jadeja inched up one slot to third position after claiming six wickets in the Bengaluru Test while fast bowlers Ishant Sharma (up two places to 25th) and Umesh Yadav (up two places to 26th) also made northward movement.

The Afghanistan players to make an entry into the players' rankings are Hashmatuallah Shahidi (111th) and captain Asghar Stanikzai (136th) among batsmen. Among bowlers, Yamin Ahmadzai (94th) and spinners Mujeeb ur Rehman (114th) and Rashid Khan (119th) are among those in the rankings. Rashid is currently top-ranked in T20Is and second in ODIs.