Dhawan as important as Kohli or Rohit: Harbhajan 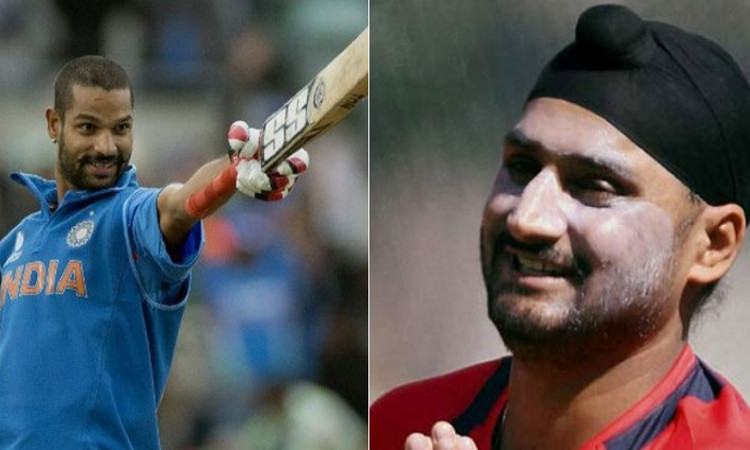 Opener Dhawan is making a comeback to the Indian team after getting injured during the World Cup.

India take on South Africa in the second T20 in Mohali after the first one was washed out in Dharamsala.

"Shikhar Dhawan and Rohit Sharma are some of the finest batsmen that India has seen, and have proven to be one of India's best opening pairs. Shikhar Dhawan's contribution to the game is as important as that of Rohit Sharma or Virat Kohli," Star Sports expert Harbhajan said.

"Be it T20 or 50 overs, irrespective of the format, Shikhar is really good. According to me, there is no better opener than Shikhar Dhawan, along with Rohit Sharma, in any format - T20 and 50 overs. If he continues working on his fitness in the coming 2-3 years, I think he will be unstoppable," he added.

Former Indian player Irfan Pathan, meanwhile, said Ravindra Jadeja is a quality back-up all-rounder for India and in Hardik Pandya's absence he can do a good job.

"Ravindra Jadeja's innings have been crucial in the IPL and ICC Cricket World Cup 2019. We need to keep this in mind, because Hardik Pandya is a fast-bowling all-rounder, and they tend to get injured," Star Sports expert Pathan said.

"India needs to have a back-up all-rounder who can replace Hardik and bowl to his calibre. We should get Hardik Pandya and Ravindra Jadeja to play on the 6th spot and I am sure they will do the job.

"Jadeja is one of the best spin all-rounders in the team whose capabilities in fielding, bowling and batting are remarkable. He is a brilliant cricketer and has proven himself multiple times."

Since the first match of the three-match T20 series got called off due to rain, both teams would aim to put in their best effort in Mohali as they know that the winner would not lose the rubber. With the stakes so high, there is, therefore, not much scope for mistakes by either of the teams.

On the other hand, Quinton de Kock will be hoping to lift the morale of the Proteas, which would be rock bottom following their dismal performance in England in the World Cup.