Delhi Test: Sri Lanka bowled out for 373 in 1st innings 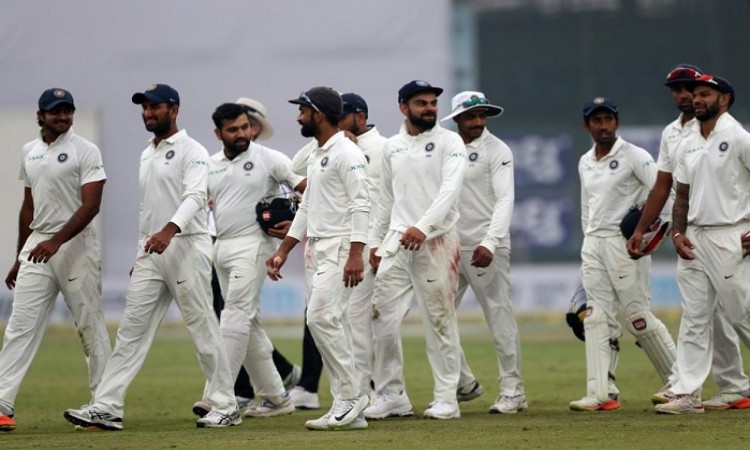 New Delhi, Dec 5 (Cricketnmore): Sri Lanka were bowled out for 373, falling 163 runs short of India's first innings total on the fourth day of the third and final Test against India at the Ferozeshah Kotla Stadium here on Tuesday.

Resuming the day at 356/9, Dinesh Chandimal was dismissed at his Test career-best score of 164. He hit 21 fours and a six.

Lakshan Sandakan was unbeaten on zero.

Chandimal, who had an overnight score of 147, hit three fours before guiding a bouncer from pacer Ishant Sharma to Shikhar Dhawan at third-man in the sixth over of the day.