I Didn't Plan To Hit A Big Shot, I Just Wanted To Finish The Game, Says Hooda

Flamboyant Indian batter Deepak Hooda made an unbeaten 47 off 29 balls and assisted by six fours and two sixes to hand India a seven-wicket win. 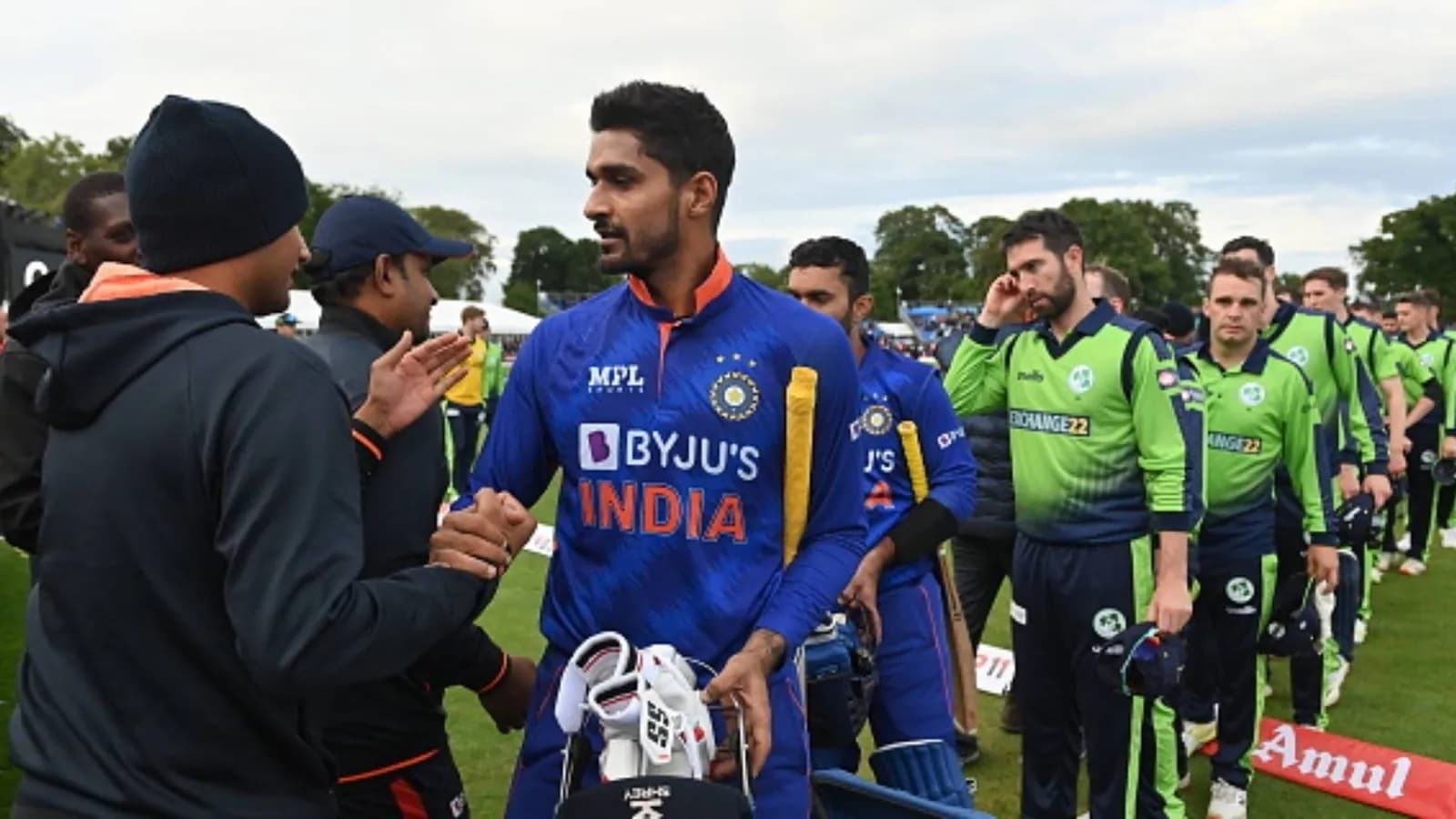 All-rounder Deepak Hooda opening the batting alongside Ishan Kishan in India's first T20I against Ireland at Malahide wasn't on the cards, but a calf niggle to Ruturaj Gaikwad meant he was promoted to the top of the order and gave a good account of his hard-hitting skills, making an unbeaten 47 off 29 balls and assisted by six fours and two sixes to hand India a seven-wicket win.

"Obviously, I was a bit nervous. But at the same time, there will be challenges in life, so I was facing the challenge and I am up for everything. The partnership with Hardik was quick and because of that, we moved ahead quickly in the game. I didn't plan specifically to hit a six or four, I just wanted to finish the game (winning shot)," Hooda told Yuzvendra Chahal in a video for bcci.tv in Dublin.

Hooda credited left-hander opener Ishan Kishan's 11-ball 26, including hitting three fours and two sixes, in giving him time to settle as an opener. "When you are playing cricket, you will find challenges. Ishan Kishan's early blitz helped me ease into the innings and I was able to take a bit of time. It was my plan at that time and I really enjoyed opening. In the IPL also, I have batted from second or third over onwards, so I was excited and was ready for everything."

Hooda then turned host to Chahal, who was named Player of the Match for conceding just 11 runs in his three overs, at an economy rate of 3.66 and took the wicket of Lorcan Tucker. "It was a good feeling (on being player of match). The cold was severe, so my finger wasn't turning much."

"So, the plan was to keep the length away and mix it up in between because what I felt was, they were waiting for me to bowl slow and go for their shots. The thing was, if we not concede much runs, then it would be easy for our batters," elaborated Chahal.

Chahal stated that a player's mental strength and reverting quickly to a back-up plan matters for excelling in tough conditions. "Mindset matters here a lot as conditions were a bit difficult. That's why I planned that I won't give easy balls to the batters and despite me not sticking to my strengths, I had my second plan ready, to keep the length back and force them to hit off backfoot."