Sunrisers Hyderabad's bowlers kept their cool in death overs to defend 142 as Royal Challengers Bangalore fell short by four runs in the 52nd match of IPL 2021 in Abu Dhabi on Wednesday. 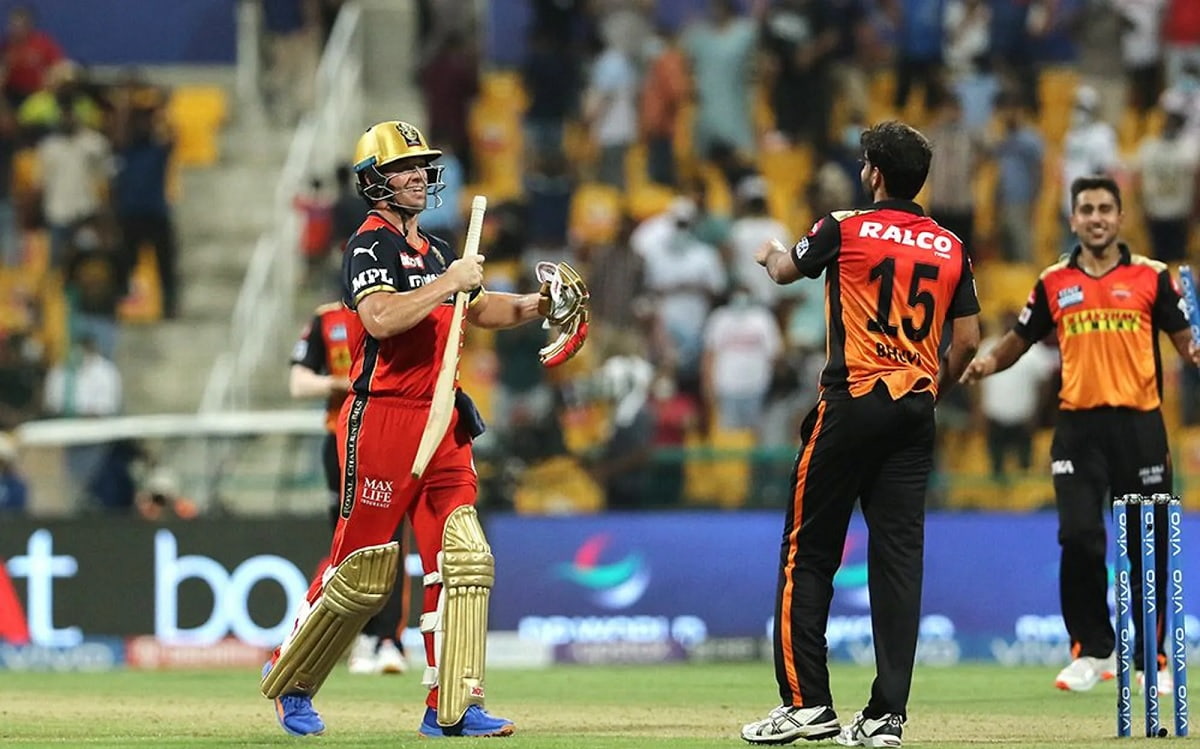 SRH struck early as Bhuvneshwar Kumar got Virat Kohli in the first over itself. Daniel Christian once again failed with the bat and got out for one as RCB lost two wickets inside the powerplay.

KS Bharat got out as soon as the restrictions lifted, but then came Glenn Maxwell, who struck a 54 run stand with Devdutt Padikkal to keep Bangalore in the chase. Maxwell was going well with 40 off 25 balls, including three fours and two sixes, but a miscommunication resulted in him getting run out in the 15th over.

Padikkal wasn't striking well at the other end and made a struggling 41 from 52 balls before Rashid Khan got him out in the 17th over.

Shahbaz Ahmed scored 14 off 9 to get the equation down to 13 from the final over with AB De Villiers on strike, however, Bhuvneshwar bowled solid lines to keep RCB at bay.

Earlier, SRH was asked to bat and lost the new opener, Abhishek Sharma, in the second over. However, Jason Roy and Kane Williamson attacked as Hyderabad scored 50 runs in the powerplay for the first time this season.

Williamson hit 31 from 29 before getting out to Harshal Patel in the 12th over. Dan Christian struck twice in the 15th over, removing Jason Roy for 44 and Priyam Garg for 15.

Hyderabad failed to finish the innings well and kept losing wickets and managed 141/7 in the first innings. Patel once again ended up taking three wickets.