New Delhi, Dec 6 (CRICKETNMORE) - Dhananjaya de Silva's third Test century kept alive Sri Lanka's hopes of salvaging a draw as the islanders reached 226/5 at tea on the final day of the third Test at the Ferozeshah Kotla here on Wednesday.

De Silva (119), however walked off the field, immediately after reaching the milestone after suffering a glute muscle injury, leaving debutant Roshen Silva (38) and Niroshan Dickwella (11) at the crease when tea was called. 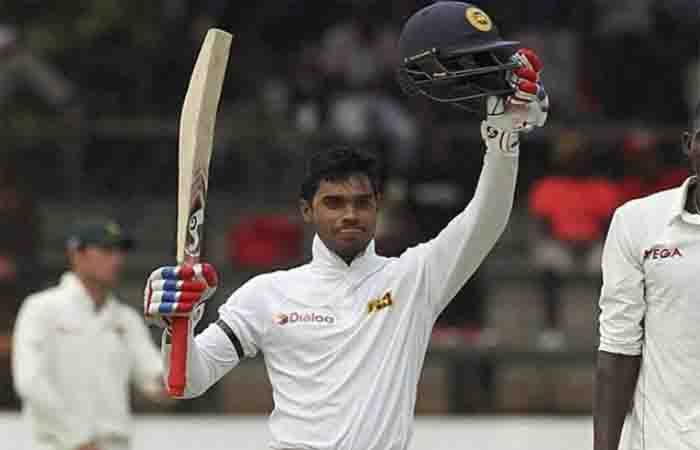 Just as the proceedings started going Sri Lanka's way, off-spinner Ravichandran Ashwin struck with the crucial scalp of Chandimal, whose ploy to whip a tossed up delivery through mid-wicket only resulted in the ball sneaking through the gap between bat and pad to hit the stumps.