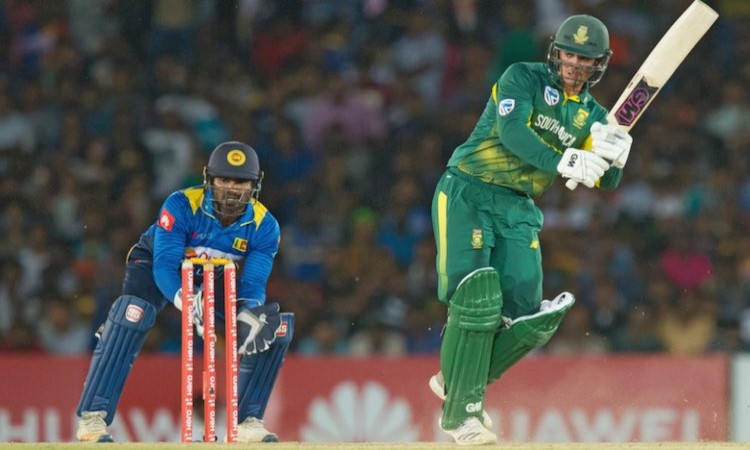 Aug.8 (CRICKETNMORE) - Quinton de Kock and JP Duminy have been announced as the respective stand-in captains for the remainder of the One-Day International (ODI) series and one-off T20 International against Sri Lanka. De Kock will take the reins for the last two ODI’s taking place in Kandy and Colombo, while Duminy will lead the tour closing T20I in Colombo.

This is De Kock’s first stint in a leadership position within the Proteas setup – he captained SA U19 in 2012 – a decision head coach, Ottis Gibson, believes will help grow the leadership group within the environment.

“I have always found Quinton to have a good cricket brain, he understands the game,” he said in Kandy on Tuesday. “With Faf injured, it seems like a good opportunity and chance for him to show that side of his game as a leader for the next two games. He is someone who understands the game, he is constantly helping the captain on the field, he shows good leadership on the field even as a normal player.

“It is about trying to grow the team and growing the leaders within the team,” he explained. “Aiden captained against India and he is not currently in the team, he has had some struggles on this Sri Lanka tour so far. We thought we would have a look at Quinton for the next two games, which will give Aiden time to settle himself. He is a fine player and we are confident he will find form and there will be other opportunities for us to continue to grow that side of his leadership.”

Duminy captained the T20I team in Du Plessis’ absence during the three-match series against India at home earlier this season, and returns to lead the group for the one-off match next Tuesday.

“For the last while when Faf was rested or injured JP has been the T20 captain” Gibson explained. “ He has done a good job with that, leadership in the T20 format has brought the best out of him so that is something we will continue with.”