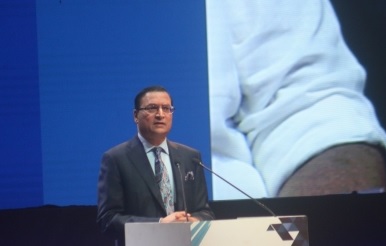 New Delhi, Nov 29  Delhi and District Cricket Association (DDCA) President Rajat Sharma has once again resigned from his position and Ombudsman Justice (retd) Badar Durrez Ahmed has accepted the same after earlier refusing to accept his resignation. The resignation of CEO Ravi Chopra has also been accepted and Vice President Rakesh Kumar Bansal is expected to take charge at present.

The order of the Ombudsman, in possession of IANS, reads: "At 1 p.m. today, I received a letter dated November 29 from Rajat Sharma indicating that he had resigned on 16th November for reasons stated in that letter. He further stated that he continued as President in terms of direction given in the order. Letter further states that situation in DDCA is bad and found it impossible to continue any further. Accordingly he requested he may be relieved as President with immediate effect.


KPL betting: Gautam, Kazi, Sayyam continue to be in custody

"It is clear that Rajat Sharma has expressed his desire not to continue as President of DDCA. This entire controversy surrounding his resignation does not survive anymore."

While Sharma did not respond to messages, a DDCA functionary confirmed the development and said that even the Cricket Advisory Committee will be re-appointed.

"Yes, Sharma has tendered his resignation and it has been accepted by the Ombudsman and even the CEO has resigned. The CAC will also be re-appointed. The Vice President will take charge at present," he told IANS.

Asked about the upcoming BCCI AGM, the functionary said that a call would be taken on the same in a couple of days. "We will have to sit down and decide on the same because Sharma was earlier the DDCA representative at the BCCI," he said.

Sharma was appointed as DDCA President in July 2018, beating World Cup winning former India cricketer Madal Lal to the post. His group had also managed to win all the 12 seats in the DDCA elections.