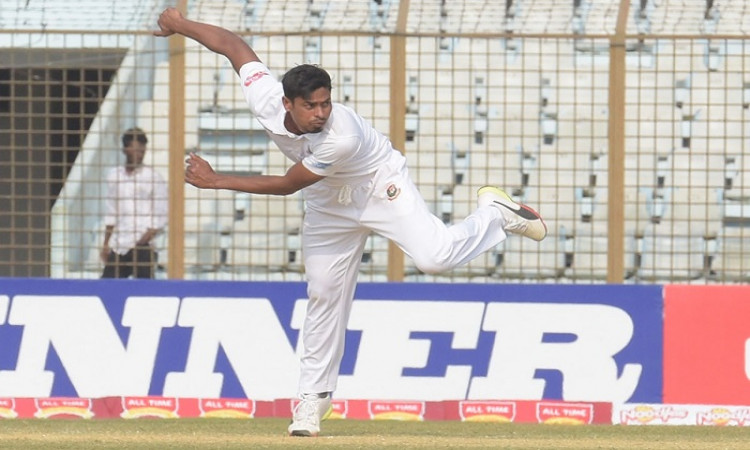 Kolkata, Nov 22: Bangladesh's Mehidy Hasan and Taijul Islam were named concussion substitutes for Liton Das and Nayeem Hasan respectively after both batsmen picked up knocks on the helmet by Mohammed Shami deliveries, during their first innings against India on Day 1 of the second Test at the Eden Gardens on Friday.

Bangladesh now have two concussion replacements. Mehidy can only bat as he replaced a batsman while Taijul can bowl for the same reason.

Liton was looking good on 15 when a quick Shami delivery thudded on to his helmet. He took off his helmet immediately and took a look as Shami walked up to apologise.

The physiotherapist rushed in as per the latest concussion protocols. Liton continued for some time but after umpires Joel Wilson and Marais Erasmus had a look just before tea, he was seen walking off and later retired hurt.

Liton scored a brisk 24 to show some fight after all Bangladesh batsmen succumbed to the might of the Indian pace battery.

Nayeem, playing his first match of the two-match series, scored 19 and was hit on the helmet just after tea.