Day-Night Test: Atmosphere at Eden will be like ODI or T20I,says Daniel Vettori 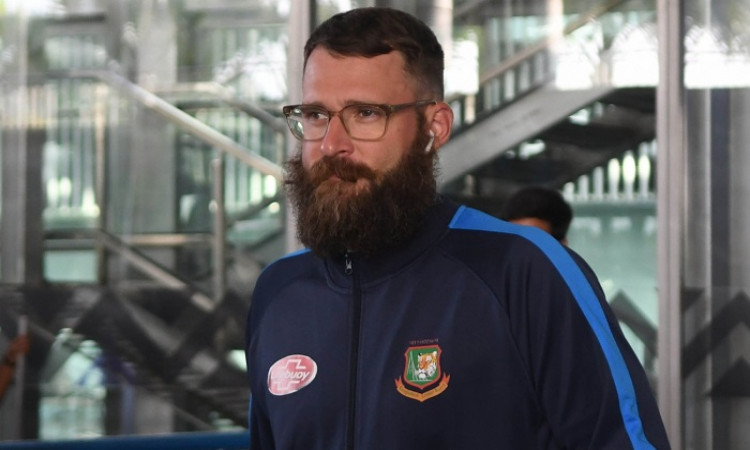 Kolkata, Nov 20:  Former New Zealand spinner Daniel Vettori, who was recently appointed Bangladesh spin bowling coach, on Wednesday said Day-Night Tests is the future, adding that he expects the atmosphere during the first-ever pink ball match in India to be like a One-Day International or a T2OI.

"It is a big part of Test cricket. The fact that there will be so much people here, you have to acknowledge how important that is. And I think the way people manage their time is trickier, so if you can extend the Test match until night time, you can bring more and more people into it," Vettori told reporters two days ahead of the historic Test between India and Bangladesh at Eden Gardens.

"My experiences (of pink ball Tests) have only been on TV and I enjoyed watching it. It has a big part of the future, but it will be balanced out with day Tests as well," said the former Kiwi left-arm spinner.

After their initial resistance, India finally agreed to play Test cricket under lights with BCCI President Sourav Ganguly the man behind making it happen. Ganguly also convinced Bangladesh who were initially skeptical due total unfamiliarity with the pink ball at any level.

Vettori, who has played 113 Tests for New Zealand taking 362 wickets, said when a Virat Kohli or Rohit Sharma walks out to bat under lights and a packed house egging them on, the atmosphere will be like a limited-overs game.

"It could almost have a T20 or a one-day atmosphere. There will be a big crowd and Indian players are so recognised wherever they go. So Kohli walking out to bat will feel like a T20. Rohit...and if those guys get going there will be an atmosphere that probably no player has played in Test match conditions. So that bring another element to it," said the 40-year old.

Asked if spinners would have a role to play with the Eden wicket likely to have a green tinge and assist the pacers, Vettori said: "Spinners can still play a big part in pink ball Test. It's slightly different here because of the early sunset. So significant part of the match will be played under normal conditions. So spinner won't become redundant in pink ball Test matches.

Bangladesh practiced for more than two hours on Wednesday morning. Vettori said the pink ball behaved normally at this time of the day and they would be able to gauge better when they take the field again on the eve of the Test under lights.

"The pink ball plays normal at this time of the day. The challenge will be how much of the Test match is under lights. The sun sets quite early here. That will be the time we will see the pink ball come into play. So the twilight hours, dusk seems to do a little bit more. So I think that's going to be the exciting period of the Test match," he said.

"That will be the period where tactically teams might try out a few different things," Vettori added.