Day-Night matches not as exciting as day Tests: Russell Domingo 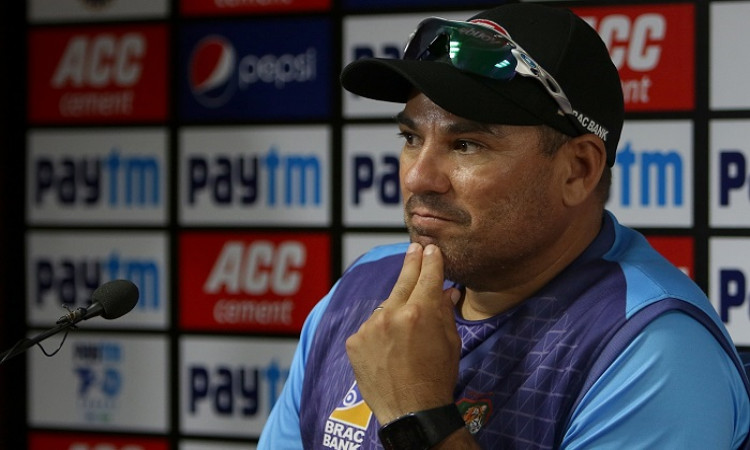 Kolkata, Nov 22: Bangladesh coach Russell Domingo said on Friday that pink ball cricket was fine occasionally, but it cannot be the norm.

"On the odd occasion, there is nothing wrong with it. I don't think it's going to be the norm. 10 a.m. start still gets everybody excited. A 1 p.m. start doesn't quite feel the same," he said.

The South African added that the game ending after 8 p.m. is past his bedtime.

"It's past my bedtime already now. It's fantastic occasionally," he said.

In the first ever Day-Night Test in India, Bangladesh were shot out for just 106 at the Eden Gardens with Ishant Sharma taking five wickets.

Domingo also rued that the team did not get a practice match ahead of this tie.

"There were four days of practice but a warm-up game would have helped us. I don't know whether it would make any difference. But I think it can't be an excuses," he said.

Domingo admitted that there was a huge gulf in class between India and Bangladesh and it will take more than just practice for them to match the No. 1 Test side.

"We are playing against a strong Indian bowling side. Their bowling attack is probably the best in the world. They have three experienced pacers in Mohammad Shami, Ishant Sharma and Umesh Yadav. They put a lot of sides under pressure. They are disciplined with their pace.

"There is big difference between the two sides. If you look at the level of performances, there is a lot of difference at the moment. Whether it is batting or bowling, it's something we have to try to catch up. You look at the record of Virat Kohli who has 26 hundreds, all our batters put together have 16 to 17 centuries. So we are a long way behind in terms of Test match cricket," said the 45-year old.

Asked if Bangladesh's decision to bat first was right, the coach said: "It was not a good day for us. Regarding the toss, Bangladesh haven't come here to serve up for India. I know everyone was hoping Bangladesh would bowl first and India will get 450. We think the best way to try to win the match was by batting first. If you come to the sub-continent, you will bat first 99 per cent of time. We have no regret about the decision we made."