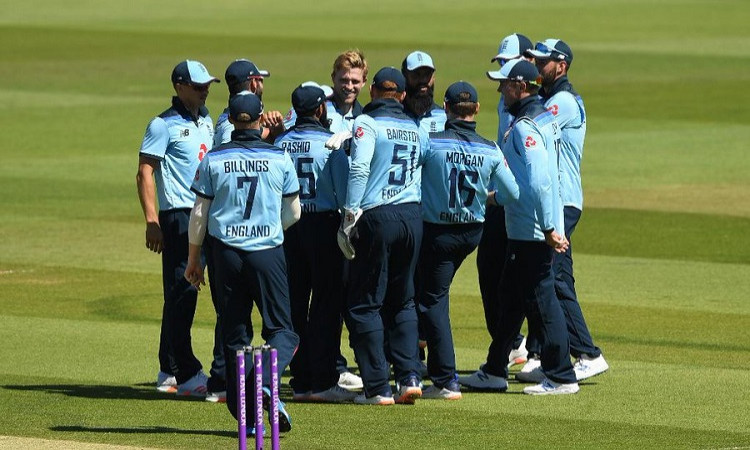 Chasing a small target of 173 at the Ageas Bowl on Thursday, England suffered from early hiccups, however skipper Eoin Morgan and Billings shared an unbroken 96-run partnership to see them cross the line.

Earlier, Morgan won the toss and chose to bowl first in what was England's first ODI match since their dramatic tied match against New Zealand in the World Cup final on July 14, 2019 which led to them winning the title for the first time in their history.

Willey opened the hosts' attack and struck on the fourth ball as Paul Stirling sent an inswinger straight down the throat of the fielder at midwicket. He then got Ireland captain Andy Balbernie off the first ball in his next over as the latter only managed to get a nick to Jonny Bairstow behind the stumps while attempting a drive.

Gareth Delany then tried to up the ante for the hosts, smashing three consecutive fours in the fourth over bowled by Saqib Mahmood. Mahmood eventually got the next Irish wicket in his next over, dismissing Harry Tector who walked for a nine-ball duck.

Willey picked Delaney and Lorcan Tucker off consecutive deliveries but couldn't get his hat-trick.

Debutant Curtis Campher hung on for Ireland and managed a 51-run stand with Kevin O'Brien and later a 66-run stand with Andy McBrine to take Ireland beyond the 150-run mark. Campher took his time with getting runs though, ending the innings unbeaten on 59 off 118 balls.

Willey himself ended the Irish innings, dismissing Craig Young in the 45th over. He finished with his career-best figures of 5/30.

Chasing the target, England didn't have a great start as they lost Bairstow with just 12 runs on the scoreboard. Jason Roy then threatened to take the game away, scoring 24 from 22 balls before he was out lbw. James Vince hit some sweetly timed boundaries before nicking off attempting an off drive to Young. Tom Banton, who came in next, also could not stay much at the crease and went back to the dressing room after contributing with 11 runs.

At 78/4, Ireland were in with a good chance of forcing a close finish, but Billings and Morgan then batted steadily and made easy work of the remaining 95 runs. Billings finished with a 54-ball 67* while the England skipper made an unbeaten 36.

The two teams will now face each other in the second ODI at the same venue on Saturday.