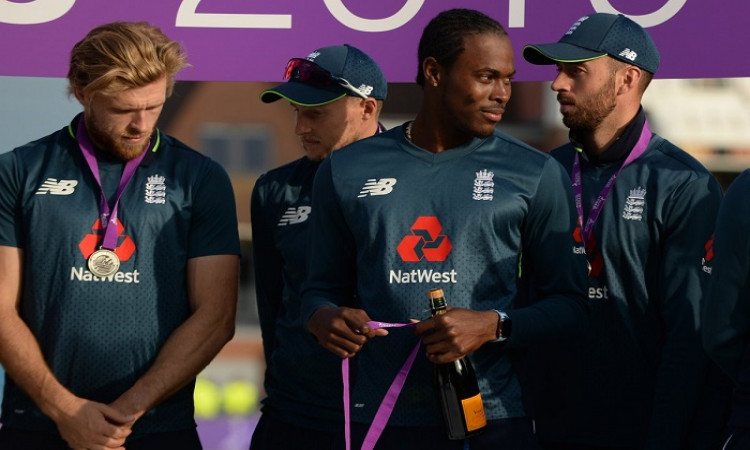 London, May 21 (CRICKETNMORE):  England have included right-arm pacer Jofra Archer in the 15-member squad for the upcoming World Cup beginning May 30.

Archer, who was on stand-by and on trial in the just-concluded ODI series against Pakistan which England won 4-0, comes in in place of left-arm fast bowler David Willey, who could take just four wickets in three fixtures in the same series, said the England and Wales Cricket Board (ECB) in a media release.

The 24-year-old played three ODIs - one against Ireland, two against Pakistan - and impressed everyone with his ability to consistently bowl at 140 kmph.

England have also recalled spin-bowling all-rounder Liam Dawson in place of Joe Denly for the showpiece event. He will be playing for the first time since sustaining a side strain during last October's limited overs tour of Sri Lanka.

The 29-year-old has been in fine form for his county, claiming 18 wickets and averaging 45 with the bat during Hampshire's run to the One-Day Cup final.

Top-order batsman James Vince is also included having played his part during the ODI series against Pakistan. The 28-year-old will be looking to add to his 10 caps during the tournament. He comes in place of Alex Hales, who was suspended from all squads following a failed drug test.

England will begin their World Cup campaign in the tournament opener against South Africa on May 30.