David Warner thanks fans for support in message after Ashes

New Delhi, Sep 17: David Warner posted an emotional message on his Instagram account thanking the fans for supporting the Australian team, who retained The Ashes at the end of the a long tour of England that started with the 2019 World Cup. 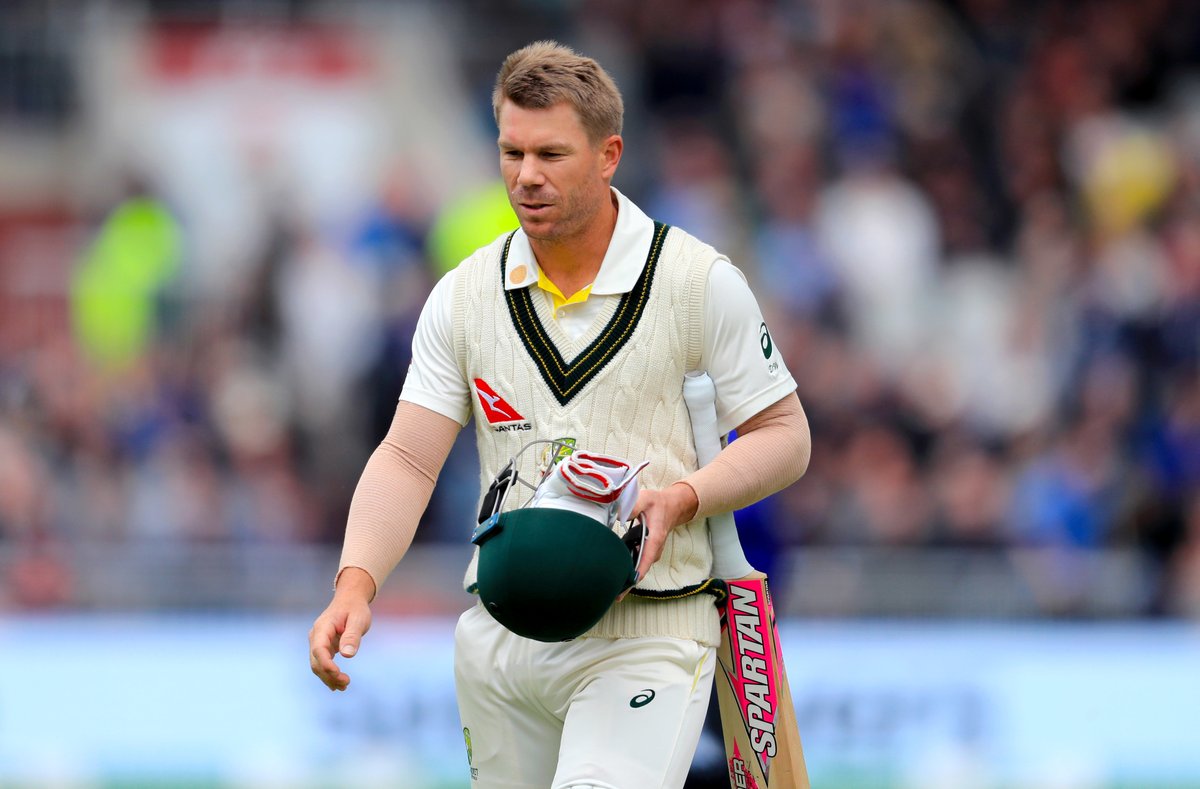 "Thanks to all of you back home who stayed up late to support us, as well as the many of you who made the trip to back us at the ovals. It means the world to us and we just hope we have given you some enjoyment," said Warner in a caption that he posted alongwith an image of the Australian team posing with the Ashes urn.

He also had a message for the banter that came from the English fans. Fans in England made it a point to boo Warner and Steve Smith, both of whom were returning to Test cricket after serving one-year bans for the their involvement in the 2018 Newlands ball tampering scandal. While Smith turned it around by smashing a whopping 774 runs in the series, Warner had to make do by giving a few hilarious reactions to the boos as he was tormented by Stuart Broad throughout the series.

"Thanks, too, for all the banter from the fans - it was fun. For me personally it was a tough series but my challenge now is to bounce back. I'll be doing everything I can to do just that - but first some family time!" he said.

Warner also said that he believes Test cricket is the best and the fact was reiterated by the quality of the matches played between the two sides over the course of the five matches. "What a ride it's been over the last few months here in the UK. First the ICC Cricket World Cup and then The Ashes," he said. "I enjoyed both but, for me, Test cricket is the best form of the game and the one I love the most. In this Ashes series we had five fantastic Tests with some seriously good individual performances from players on both teams.

"I believe that, for any kid growing up in Australia, being a part of an Ashes series is still the pinnacle and if we've reinforced that over the past couple of months, and even got new boys and girls excited about the game, then that's a great result. The fact we retained the urn makes all our hard work worthwhile and it's the icing on the cake."