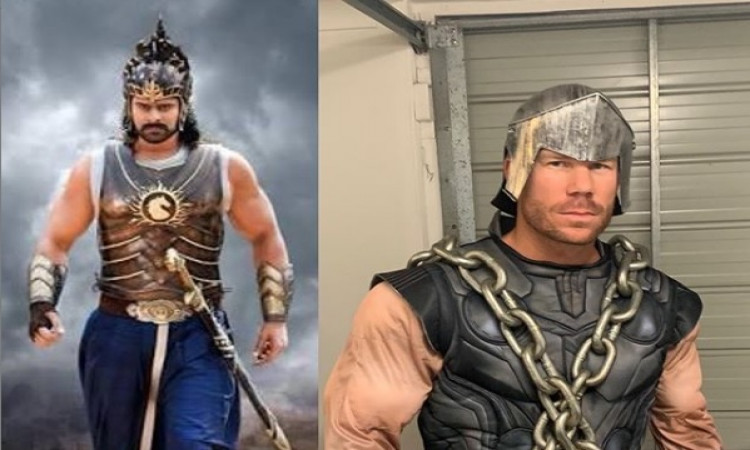 Sydney, May 28: David Warner's social media antics continued unabated as the fun-loving Australian opener dressed up like a popular Indian movie character this time to entertain his fans.

Warner, who has taken to social media platform Tiktok like duck to water, and has been sharing those posts on Instagram non-stop, dressed up like popular movie character 'Baahubali'. The 33-year old left-hander posted a picture in a warrior costume similar to what popular Telugu actor Prabhas wore in the movie.

"Who's costume do you prefer?" Warner posted on Instagram with a picture of Prabhas too along with him.

In another post recently, Warner chose Test cricket as his favourite form of the game.

Warner posted a video where he is seen standing in front of a mirror and swiping past his own versions of imagery wearing Australia's T20 and ODI jerseys.

The white Test flannels come at the end of the video and Warner is seen showing thumbs up to his version on the other side of the mirror and jumping in joy.

Warner has played 84 Tests for Australia, scoring 7,244 runs at an average of 48.94. Last year during the pink ball Test at Adelaide against Pakistan, Warner smashed his highest score of 335 not out in a breathtaking display of aggressive batting.

Who’s costume do you prefer?