London, Sep 15: His abysmal form notwithstanding, senior opener David Warner will continue to be a part of the Australian team when they embark on their home summer with the test series against Pakistan, former captain Ricky Ponting has said. 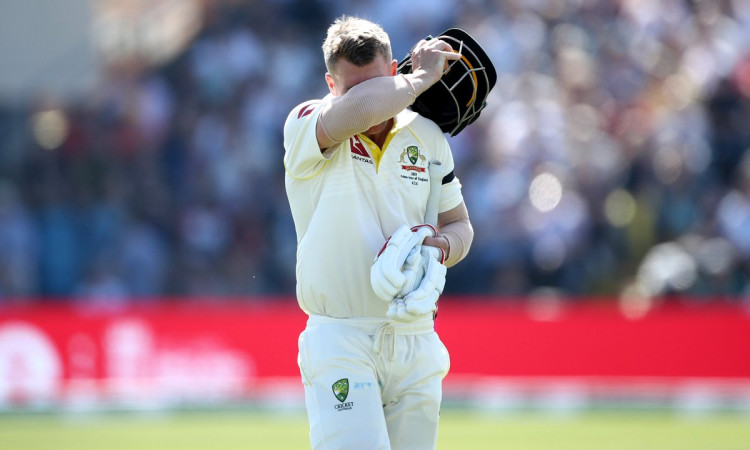 Warner, 32, has all single digit scores barring a 61 in the Leeds test. He also got out to England pace spearhead Stuart Broad six times, including on a duck on three consecutive occasions.

Australia have retained the Ashes 2-1 and in the ongoing fith test are staring down the barrel with England taking a huge 382-run lead after Day 3.

Ponting said Steve Smith, Marnus Labuschagne and Warner are the only certaincies for the first Test at the Gabba against Pakistan, starting November 12.

"Marnus is an absolute lock. Smith's a lock," Ponting was quoted as saying by www.cricket.com.au.

The Australian middle order has failed to get runs and so has the opening pair of Warner and Marcus Harris.

"(There are) still question marks around the guys in the middle, (Matthew) Wade and (Travis) Head.

"(Opener Marcus) Harris has looked tested against good quality fast bowling in this series. (Tim) Paine will continue as the captain but there are a few spots in the batting order that they'll be thinking about for the Pakistan series."

Ponting also said that young batter Will Pucovski will be given an opportunity on home soil.

"Everyone's talked about him for a long time. He was in the Test squad back in Australia, he was in the Australia A squad over here.

"He hasn't got an opportunity yet but apparently he's quite an impressive young man.

"A couple of years before the next Ashes series you want to try and blood someone in that No.6 role and he'd be the obvious candidate," Ponting said.