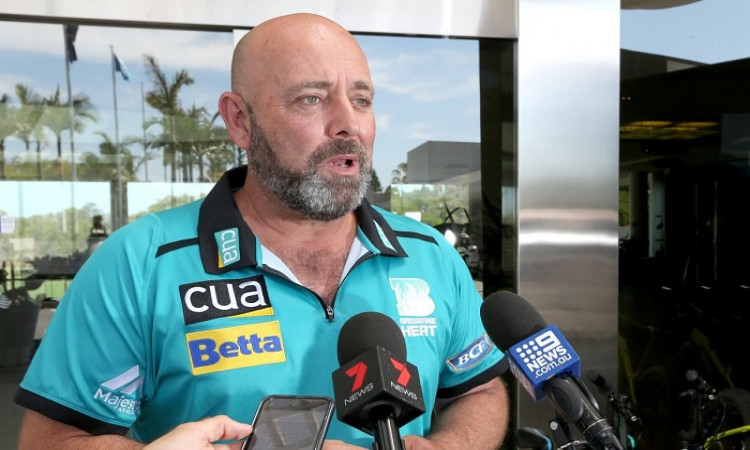 New Delhi, Jan 7: Former Australian cricketer Darren Lehmann has decided to "take a break from social media" after his Twitter account got hacked. Lehmann, whose account has now been restored, said he took the decision as the hacking took toll on him.

On Monday, Lehmann's Twitter account was hacked and hackers posted derogatory messages from the handle after changing the profile name and display picture. The confirmation was made by Big Bash League (BBL) franchise Brisbane Heats where Lehmann is currently serving as the head coach.

Also Read: Gearing up for the challenges ahead: Mohammed Shami

The hackers abused Iran in their tweets while the account's name was changed to "Qassem Soleimani | F**k Iran". Soleimani, Iran's military chief, was killed in a US air strike last week.

On Tuesday, Lehmann in a series of tweets said: "Hi everyone. As you have probably noticed, last night while we were playing our BBL game, someone hacked my accounts and used it to spread some malicious and hurtful statements. The words and sentiments used were definitely ones that I do not endorse or promote."

"To see such vile and horrendous opinions used in my name has caused great upset to me and my family. I've decided to have a break from social media for the foreseeable future. I appreciate your understanding and apologies to anyone who was unnecessary hurt or offended by those hacked tweets and posts.

"It has taken until this morning to have it resolved through Twitter despite me addressing it as soon as I become aware of it after the game. Thanks to the staff at Brisbane Heat and Cricket Australia for helping us through this awful experience," he added.

In 2018, Lehmann had stepped down as Australia coach in the aftermath of the Sandpaper Gate controversy.