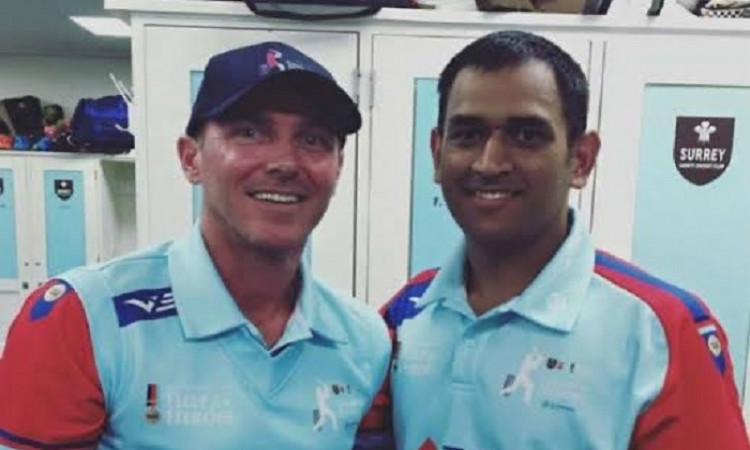 Martyn revealed he played with Dhoni during a charity match in United Kingdom and the former India captain took the team over the line, living up to his reputation as a finisher. He, however, did not mention when was the match played.

"Keeping in theme with old photos dug out from the past. This was a highlight few years ago meeting and playing in the same team as the great man himself Dhoni. Charity game in the UK. He got us over the line as usual," Martyn wrote on Twitter including the hashtag ‘champion'.

Martyn, who played 67 Tests, 208 ODIs and 4 T20Is for Australia, retired from international cricket in December 2006.

Cricketers all over the world are currently sharing throwback pics on social media during the forced break because of the coronavirus pandemic which has brought the entire sporting calendar to a grinding halt.

In normal circumstances, Dhoni would have been currently in action in the 13th edition of the Indian Premier League which now stands suspended till April 15 due to outbreak of novel coronavirus and the chances of tourament being played in the near future are highly unlikely.

The BCCI is also looking at the October-November window to host the tournament. But the move can only be possible if the ICC decides to postpone the T20 World Cup that is to be held from October 18 to November 15 in Australia.

Keeping in theme with old photos dug up from the past. This was a highlight a few years ago meeting & playing in the same team as the great man himself Dhoni... Charity game in the UK.. He got us over the line as usual. #champion #MSDhoni #cricket #india #bigbats pic.twitter.com/zBuC5k0tsu