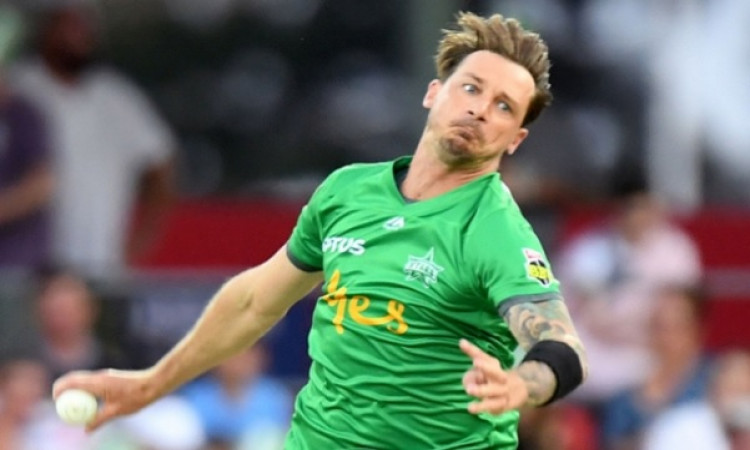 Steyn, who is playing in the BBL for the first time, returned figures of 2/12 in two overs.

The veteran quick showed he can adapt to conditions quickly as he snared wickets either side of a major rain delay, as reported by www.cricket.com.au.

Steyn first removed Ben McDermott as he forced the batsman to miscue a pull shot that skied a catch for Glenn Maxwell to snare.

He then got rid of compatriot David Miller, getting a ball to skid on after the rain delay to induce a top edge that was easily caught by Peter Handscomb.

Steyn had picked up one wicket and bowled three overs during his Big Bash League debut against Adelaide Strikers last Friday.

Steyn had missed the opening two games of the meet due to a side strain he arrived with, having injured himself playing in South Africa's domestic T20 competition.

Steyn, who retired from Test cricket in August, was in October cleared by Cricket South Africa to play six matches in what will be his debut season in the Australian T20 league. However, he had indicated that there is an option to extend that period if he is not selected for South Africa's limited overs series against England in February.

The right arm pacer was recently bought by Royal Challengers Bangalore for the next season of the Indian Premier League (IPL).