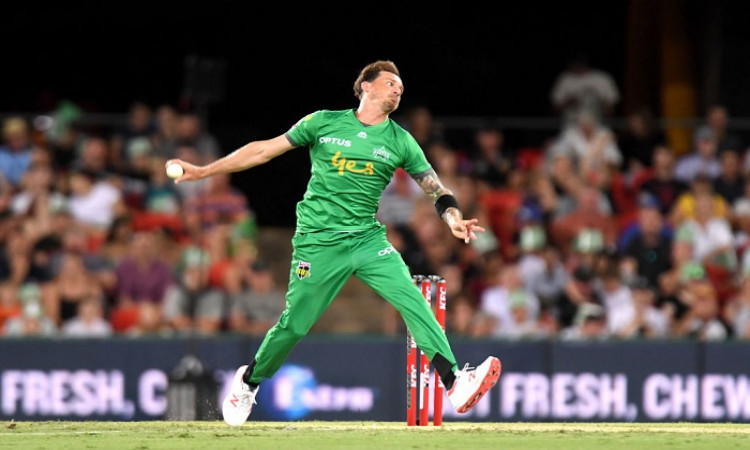 Steyn took part in his first game for the club at Gold Coast's Metricon Stadium here after missing the opening two games of the meet due to a side strain he arrived with, having injured himself playing in South Africa's domestic T20 competition.

Steyn worked up a good pace in his first and second overs and removed opener Jake Weatherald for 21 as skipper Glenn Maxwell caught him.

Steyn went for 29 runs in his three overs. He played in place of Pakistan pace sensation Haris Rauf. The Stars put up 174/4 on the board in 20 overs riding Jonathan Wells' 68 not out and Alex Carey's run-a-ball 45.

Steyn, who retired from Test cricket in August, was in October cleared by Cricket South Africa to play six matches in what will be his debut season in the Australian T20 league. However, he had indicated that there is an option to extend that period if he is not selected for South Africa's limited overs series against England in February.

The right arm pacer was recently bought by Royal Challengers Bangalore for the next season of the Indian Premier League (IPL).