Apart from Smriti's knock of 61, laced with eight fours and three sixes, Jemimah Rodrigues applied finishing touches with an unbeaten 44 off 31 balls 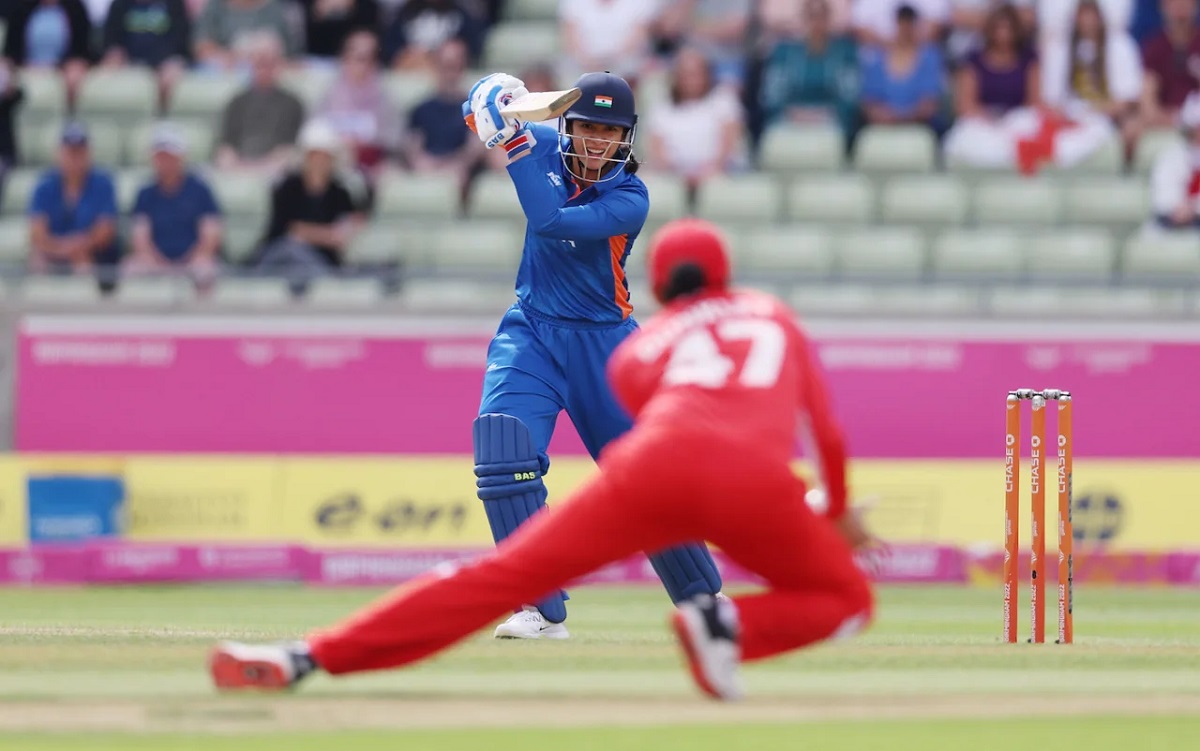 Vice-captain Smriti Mandhana slammed a blistering 23-ball fifty, the fastest by an Indian woman in the format, as India reached a competitive 164-5 in their 20 overs against England in the first semi-final of Commonwealth Games 2022 at Edgbaston.

On a fresh pitch, Smriti was going after the England bowlers from the word. She was accurate in her footwork, usage of crease, timing and placing the shots very well, all in an elegant manner. Katherine Brunt was hit for three boundaries while Alice Capsey was slammed for a brace of fours.

But the most delightful shot off Smriti's bat came through a heave over deep mid-wicket off pacer Issy Wong, an authoritative shot which made a cracking sound. She went to hit Issy for a four over mid-on before bringing out an exquisite slog-sweep and scoop for boundaries against Nat Sciver, as India reached fifty in just 4.3 overs.

Smriti greeted left-arm spinner Sophie Ecclestone with a pulled four over backward square leg to reach her fifty in just 23 balls. Shafali Verma then joined the party with back-to-back fours off Sophie. But England ended the 76-run opening stand in the eighth over as Shafali was early in her slice and gave a catch to mid-off on Freya's bowling.

In the very next over, Smriti walked across to scoop and didn't get the required elevation, giving a simple catch to short fine leg off Nat. The duo falling in quick succession meant India got only 15 runs from 7-10 overs phase.

Harmanpreet Kaur, after surviving an lbw appeal off Sophie, upped the ante with two fours and a six. But she holed out off Freya to backward square leg for a run-a-ball 20. From there, Jemimah and Deepti joined forces for a 53-run stand off 38 balls.

They were also helped by the fact that England began to bowl some overpitched stuff and missed their chances, like Deepti was dropped on 12 off Katherine. Jemimah began to turn the tide for India by smacking Nat for three boundaries and taking 14 runs off the 18th over.

Despite losing Deepti and Pooja Vastrakar for a diamond duck in the final over, Jemimah got India past 160 by flaying Katherine over cover point for four.